This is Why Not Everyone Can Understand Deep Women 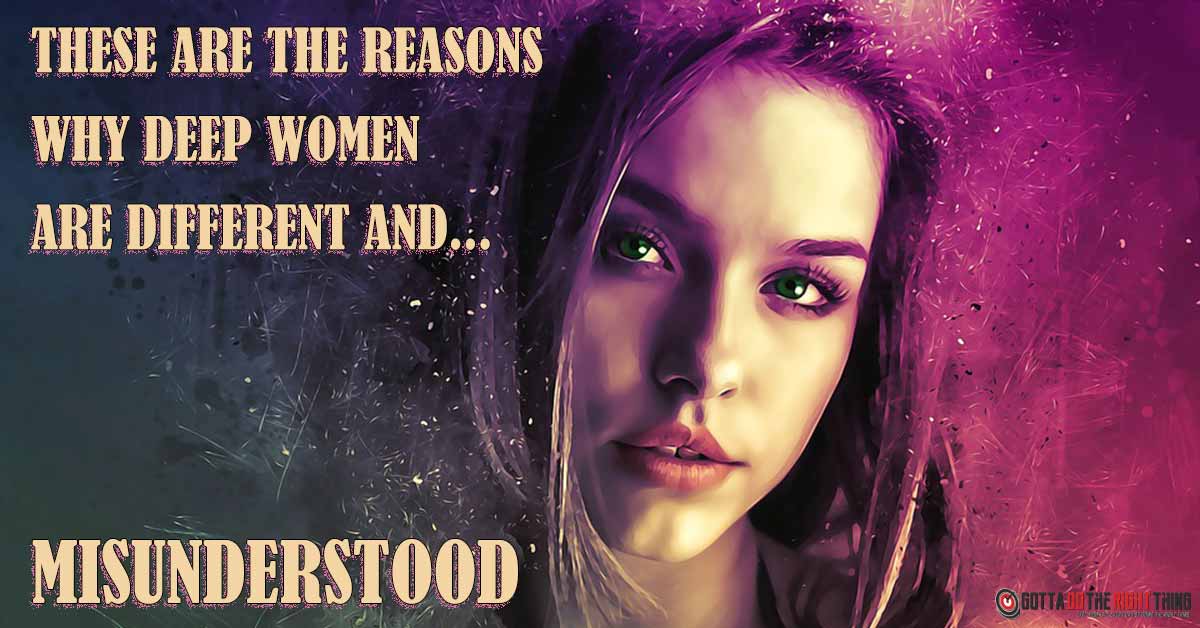 Deep women are extraordinary and different from others. They are intelligent, kind, and have big hearts. While this is all great, a lot of people don’t understand them. They can’t understand their differences which are unusual for most women.

They are brave, bold, strong-hearted, and don’t give a damn about what others think of them. Deep women know who they are and what they want to be, and they love themselves. They are comfortable in their skin and they own it.

These women know their strengths and weaknesses, and they are constantly working on themselves to become better people.

A lot of people don’t understand them because of their depth. In fact, they can’t embrace it so they can’t keep such women by their side for too long.

One of the differences between deep women and all others is that they don’t care what others think of them. They know what they want, and that’s the most important thing. They are not afraid to tell their opinion on whatever topic.

These women accept people for who they are, so they don’t judge anyone. They don’t make conclusions about someone they’ve just met. They don’t give up on people easily. Instead, they give them second, third, fourth, and even fifth chances, fighting for them until they can.

Deep women can see beauty in everyone. They only see the best in a person and love even their flaws. That’s why they are often called naïve. But, that’s just the way they are – they see beauty in what’s damaged and broken.

Deep women feel everything, from pleasure and pain to sadness and happiness. Sometimes they are confident, other times they are insecure. They can be both, calm and anxious, and sometimes even too emotional.

These women tend to be empaths. They feel other’s feelings and emotions, so often other people’s problems become their own. They can feel others’ energy, which is why they either connect deeply with someone from the very beginning or stay away from them.

Deep women are known to love life, kids, food, animals, music, traveling, and the little things. They are committed, so their passion for love is often seen as desperation. These women do everything they love with passion.

But, sometimes their too positive attitude is mistaken for too much enthusiasm or seen as fake.

Deep women care about the details, so they think about all the big and little things equally. They look deeper than the surface, and always hope to find something magical in every person.

Somehow they always remember everything people tell them and notice small things that others don’t see. That’s why they know the favorite things of most people.

Deep women usually overthink everything, and that’s why a lot of people think they are complicated. The truth is they are just complex.

If you know a deep woman, appreciate her for who she is, and try to keep her by your side. And if you are one of them, know that the world needs more women like you!