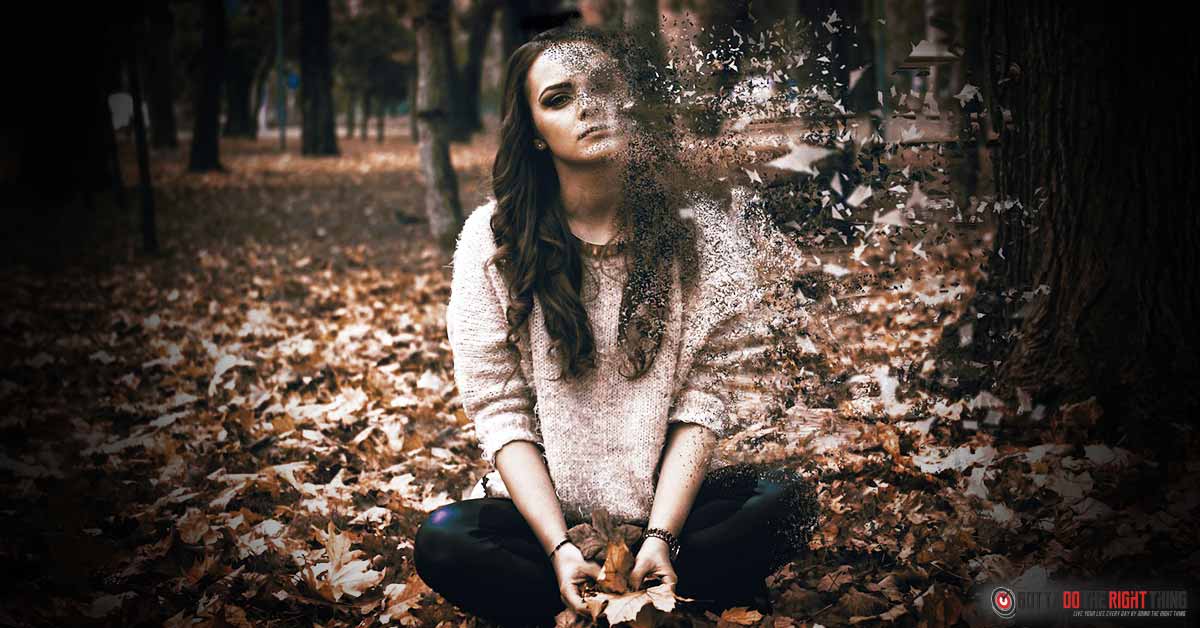 The strongest women don’t let anything affect them. They are strong-willed and passionate, and go through life sliding through all kinds of problems, disappointments, heartaches, mistakes, and failed relationships.

Still, we will see them smiling like nothing ever happened. Their beautiful smile will cheer us up and make our day. It’s like they carry a love for everyone and everything around them.

These women may carry the burden of this world while looking as they don’t have a single problem or care on their minds. And all this happens while others think they have everything, the perfect life everyone wishes.

However, it’s what they want others to see. A strong, independent attitude that shows they can do everything on their own. Even though they might seem unbreakable, no one knows what’s going on in their hearts. And even if they do, they won’t be able to endure the pain these women are carrying inside.

Strong women glow during the day with their bright smiles. But, their energy drops at night when they can finally lie down and stop pretending that everything is great. It’s at that time of the day when they can truly be themselves after a long day of struggling to look like they have no problems.

But why do these women pretend and put up with their pain all by themselves?

Well, it’s because they don’t want others to see they are vulnerable. They want to be seen as strong, even though deep down they are like every other person.

They could feel huge pain but not show it, at the same time lifting your spirits when feeling sad. Strong women are swallowing their tears away until they are finally alone. Only then can they let the tears flow and let out what hurts them inside.

Even if everything’s falling apart and they are on the verge of a breakdown, they won’t tell or ask for help from anyone. They decide to deal with it by themselves, suffering in silence. That’s because they are afraid to reveal their naked soul with all the flaws that come with it. They are afraid to show their weaknesses to the cruel world.

A lot of people describe them as the most cheerful, vibrant, and loudest people in the group. Everyone asks them for advice about different problems as they see these women as the ultimate problem-solver.

Somehow they always know what’s right – what to do and what not. That’s why people never expect to see them broken.

So, a strong woman would just continue listening to other people’s problems no matter how small and insignificant they are in comparison to hers. She will keep giving advice even if she wants to scream and tell others what real problems are.

Somehow, these women stop their urges and continue to listen and be good friends. What they think is that they shouldn’t concern other people about their own problems. They will find a way to figure it out and solve their problems in their own way – alone.

But, right after they come home, all the fears and insecurities come out to torture them. Even though they want to be alone sometimes, they know it’s the time when all the melancholic thoughts start attacking them.

Their strong, shining armor may be indestructible, but their real emotions and fears could eventually destroy them.

Their fears could prevent them from finding their happiness, and their insecurities could shake their confidence. At some point, they may even feel worthless because of their inner demons.

Nevertheless, these women are strong, brave, and powerful! They may struggle inside themselves but never stop moving forward with their head held high.

Somehow they always find the strength to get up, find the last bit of hope, and smile. And for that, you need a lot of courage! Respect!

If you have such a woman in your life, respect her and try to be there for her even if she seems perfectly happy.