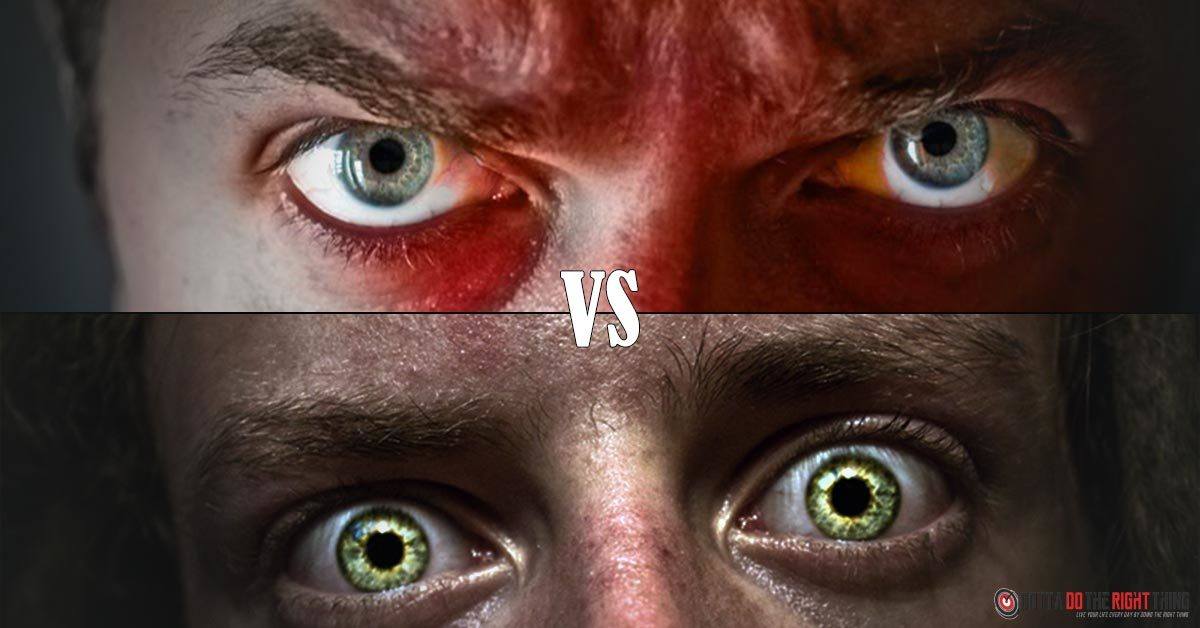 Can you make a difference between a psychopath and a sociopath? How can you define these two terms which are often used interchangeably, although they stand for two different personalities?

Some leading experts, however, disagree on the differences between these two disorders.

On the other hand, there’s another group of experts who believe that besides the key traits they share, psychopaths and sociopaths have their own unique behavioral characteristics.

First, let’s see what traits they have in common.

Similarities between Sociopaths and Psychopaths

These are the commonalities between sociopaths and psychopaths:

Differences between Sociopaths and Psychopaths

Here are the unique characteristics of each of these antisocial personality disorders.

These people are easily agitated, nervous, and volatile. They often have emotional outbursts and sudden attacks of rage. Sociopaths are more likely to be uneducated than psychopaths.

They often live on the fringes of society, being unable to stay in one place or hold down a steady job for a long time. Although they are able to form meaningful attachments with others, the number is small as they have no regard for the rules of society.

That’s why many of them struggle with relationships.

If they commit any crime, it’s not planned but spontaneous, which is why they are easily identified.

These people can neither feel empathy nor can form emotional attachments with others. This is one of the differences between them and sociopaths. They tend to display aggressive behavior and see others as objects for their amusement.

Psychopaths can be charming even though they lack empathy. They are excellent manipulators who can mimic emotions just to gain people’s trust. And, they usually succeed. That’s why not everyone can recognize their true intentions.

Unlike sociopaths, psychopaths can hold steady jobs and are usually educated. They can have long-term relationships and whole families without anyone suspecting their true nature.

If psychopaths commit any crime, they want to plan it in detail. So, nothing spontaneous like sociopaths prefer. In times of crisis, they tend to be unflappable. Unlike sociopathic criminals, these are calm, cool, and meticulous.

That’s why many of them are effective criminals and difficult to identify. And, their victim usually doesn’t notice when targeted for exploitation.

The Cause of Sociopathy and Psychopathy

Sociopaths are a result of the environment (nurture), while psychopaths a result of genetics (nature), says a 1990 study.

Experts link psychopathy to a psychological defect that is a result of underdevelopment of the brain’s area responsible for impulse control and emotions.

When it comes to sociopathy, experts relate it to childhood trauma and emotional or physical abuse. In certain circumstances and with certain people, sociopaths can even show empathy.

Even though psychopaths are rarer than sociopaths, they are more dangerous. In fact, psychopathy is the most dangerous antisocial personality disorder. Almost 50% of all serial killers, including John Wayne Gacy, Dennis Rader (BTK), and Ted Bundy, are psychopaths.

Both psychopaths and sociopaths are antisocial personality disorders characterized by aggressive and violent behavior, lack of empathy, and disregard of others’ rights, laws, and social mores. But, they also have their own unique characteristics and origin.

For example, sociopaths are easier to identify than psychopaths as they are volatile, nervous, and have sudden attacks of rage. They are often uneducated and can’t stay in one place for too long. They are a result of the environment and not genetics like in the case of psychopaths.

On the other hand, psychopaths are rarer but more dangerous than sociopaths. They are great manipulators and can easily trick you to believe they care about you. This is why they are hard to identify.

They only see you as an object for amusement as they can’t form an emotional attachment to anyone, unlike sociopaths.

We hope this article will help you identify people with these disorders.

18 Signs We Have a Toxic Person in Our Life