Some Intelligent People Choose to Be Less Social – Here’s Why 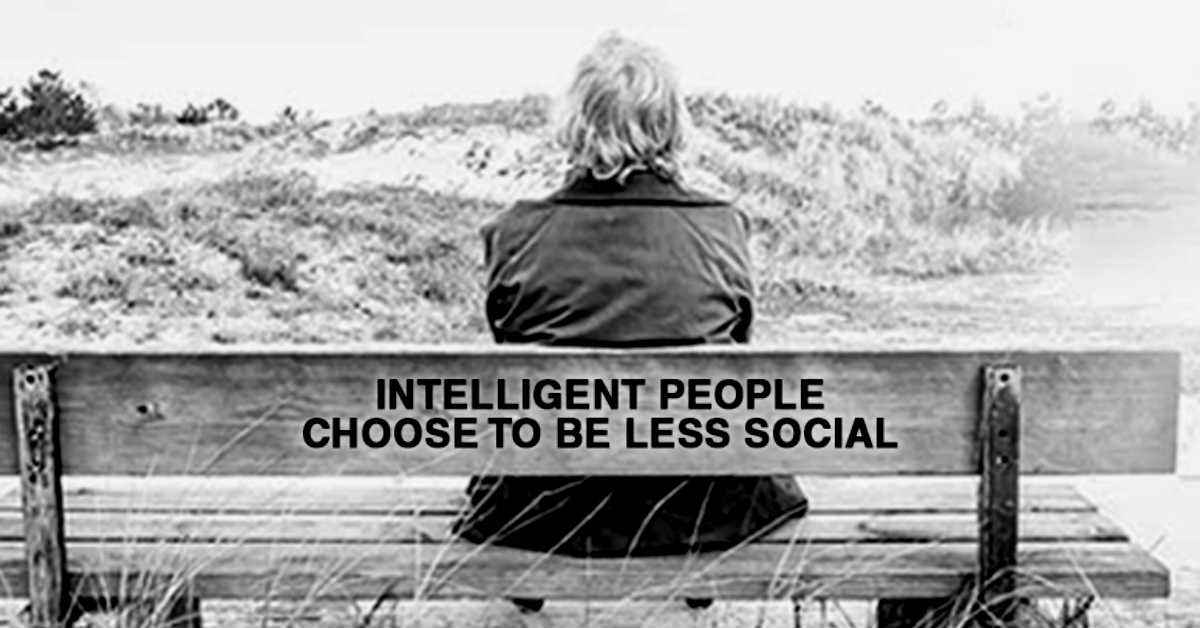 People have different things that make them happy. We find happiness in all sorts of things. Some of us find joy in watching movies, some in sports or even working. Today, scientists believe they know what people should do in order to be happy and lead better lives.

For example, physical activity has been proven to lower anxiety and stress, and help people feel relaxed. Also, regular exercise keeps our bodies fit and healthy. Spending a lot of time on social networks does not do us any good.

When you lower your exposure to social media, you will improve your emotional well-being. Moreover, spending time in nature makes your life joyful because you enjoy the fresh air and vivid colors.

And, most people experience happiness and satisfaction when they are hanging out with their friends. So, in fact, socializing makes you a happier person.

But, if you are a person that likes living alone, that would choose a countryside cabin instead of a city, a book over a party, or if you hide when someone knocks on your door, you may often think that you are not doing okay.

However, we have great news for you. Even though many think of you as an anti-social person, and may even see you as someone awkward, that is not true. Actually, it is like that since you are a highly intelligent person.

In one study conducted by the NCBI, those people who are highly intelligent usually do not like hanging out with many people, and they do not need socializing as often as others do. (1)

What is interesting is that these people feel more satisfied when they follow their own way of life.

Norman Li and Satoshi Kanazawa are the lead researchers of the study, and they say that highly intelligent people find happiness in spending time alone no matter how strange it sounds.

These researchers have done deep research and revealed that people are much happier when they live in areas that are not so densely populated.

Also, the researchers discovered that we are happier when we interact with our beloved ones than when we hang out with casual friends, colleagues, or strangers.

The people who took part in the study said that they felt greater happiness when they were interacting with other people. But, there was one group that reported they did not feel happy. And, of course, to this group belong the people who are highly intelligent.

As a matter of fact, the researchers said that people who are more intelligent have lower satisfaction when they socialize more with their friends. (2)

According to Carol Graham, people with high intelligence prefer spending time alone because they would rather focus on long-term objectives than on socializing. (3)

To put it in another way, the nerd that says they prefer doing other, better things than just socializing, actually do. The psychologists revealed a big meaning in this way of living in relation to the “Savannah Theory.” (4)

The theory suggests that we feel happy about the same things as our ancestors. So, in the savannah, there would not have been a lot of people, and having good communication with people would have been essential for survival.

The outcomes of the study say that people who are highly intelligent may be overcoming the need for social interaction. So, as a replacement, they are focusing on things that would be helpful in the modern world which is based on a more economical as well as intellectual level.

Nowadays, we do not need as much interaction as people in the past needed. And, when you decide to stay home instead of going out, do not feel strange. There is nothing wrong with it. You should feel smart because you are an evolutionary groundbreaker.

People with high intelligence may feel comfortable in highly populated areas, but also, there are intelligent people that can easily adapt to any situation. In fact, this study applies to people who like to be alone.

You need to understand that if someone likes to spend time alone, it does not mean they are lonely or strange, or anti-social. These people may be just highly intelligent and capable of solving problems alone.