The Quieter We Become, The More We Can Hear 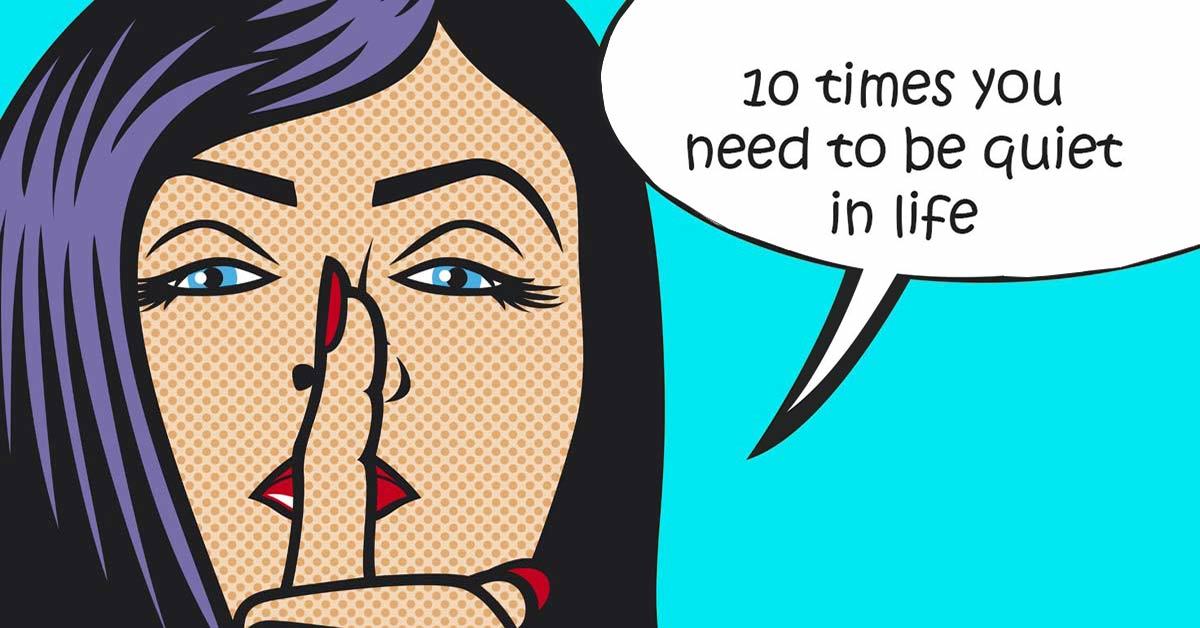 Ever heard about Aung San Suu Kyi? She is the first and present State Counselor and Leader of the National League for Democracy of Myanmar. According to her, there is a suitable time for talking, as well as time to be quiet.

Aung San Suu Kyi is famous as “The Lady,” and in 1991 she got a Nobel Peace Prize. She was considered as an exceptionally powerful woman representing the powerless. During the period of 1948-2010, Suu Kyi had been involved in a civil war that had about 30 rebellious groups. (1)

From the late 80s to 2010, she was somehow punished because of her vocal democratic news. Nowadays, Suu Kyi has non-violence as a priority. Also, she believes that being quiet is equally important as talking.

Actually, sometimes it is better to be quiet than speak up. So, below are situations when you should remain quiet.

1. Have a Sense You Will be Ashamed

In situations in which you feel you will be ashamed you should remain quiet. Irritability and impulsivity may cause us to hurt someone or even ourselves.

2. Do Not Possess the Needed Facts

According to Harlan Ellison, people have a right to express their opinion only when it is supported by facts. Ignorance is not accepted. Some may not agree with Harlan Elisson, but talking about something without evidence or facts may be seen as absent-mindedness. (2)

3. It is Not Your Place to Speak

Active listening is rare, and a lot of people prefer being heard to hear someone talking. In fact, being a good listener improves your insights, expands your knowledge, and betters your relationships.

4. When the Words Maybe Hurtful

Even though being in an awkwardly silent situation is difficult to handle, we should not just say something even if we have nothing good to say.

6. When You Want to Change a Related Behavior

It is good when you understand that you have a bad habit, and you try to break it, even though it may be difficult. When we want to change the way we talk to ourselves as well as others, there are a lot of conflicting feelings and thoughts going on in our minds. So, to regain control, we need to be quiet.

7. When You Are Being Provoked

We can all be not liked or bullied by someone even though there is no reason. But, there are no good reasons to respond to people who try to provoke you. You need to control yourself and be able to put an end to that kind of conversation. (3)

8. What You Say May Reflect on Someone

It is a bad act to talk about someone in order to harm them, especially when the person you talk to is a relative, spouse, colleague, or friend. If you have a problem with a specific person, you should talk to them, not behind their backs.

9. You Can Do Something Productive

Instead of talking about something meaningless, you can invest your time in something productive. It is interesting to note that people who engage in random chats are trying to avoid their responsibilities.

When you have negative feelings, you should choose to remain silent. Why? Negative emotions may cause us unreal judgment which may lead to more problems.

So, people, it is okay to be quiet sometimes, as you can see, it may be even beneficial.