Empathy: How to Practice The Most Powerful Skill in The Society 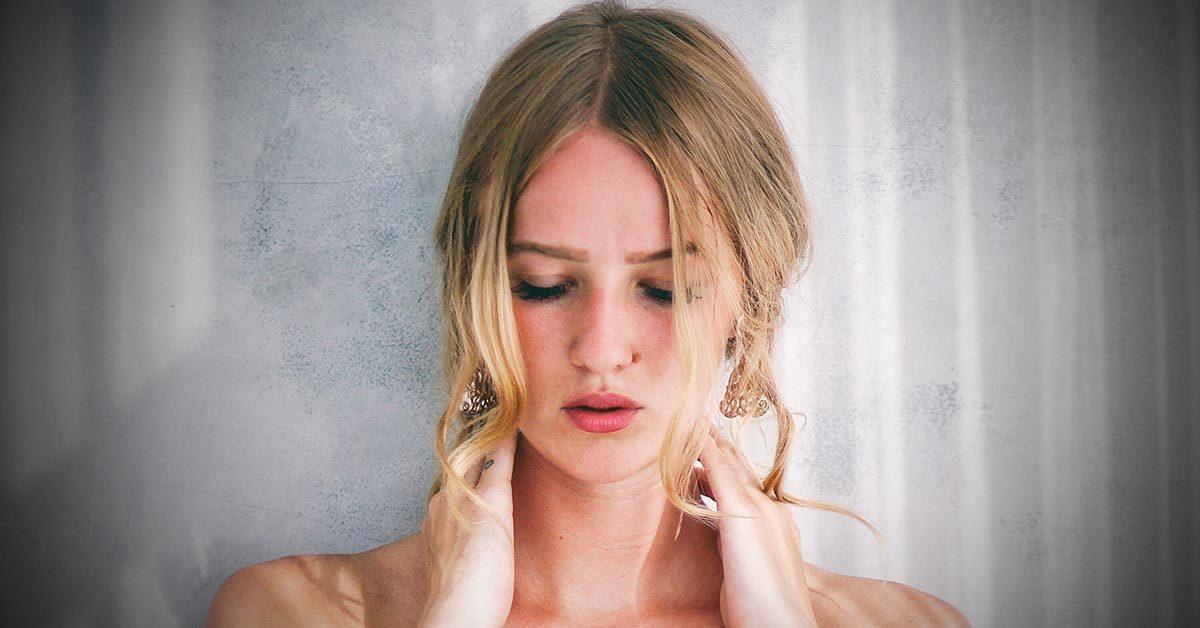 Since we are going to talk about empathy, let’s explain it better. Empathy is when we are aware of someone’s feelings and emotions. In fact, it presents the connection between people and us, the way we understand people’s experiences.

According to psychologists, there are three types of empathy:

The author of “Emotional Intelligence,” Daniel Goleman says there are five key elements of empathy. (2)

People who have the skills of this element tend to make other people feel better, praise them, award them, coach them, and help them develop in better versions. The third element is ‘having a service orientation.‘

The fourth element is ‘leveraging diversity.’ So, this means that you are aware that every human being has its worth. And, you are able to have respect towards everyone. Finally, the last element is ‘political awareness.’

In many cases, this seems manipulative, but actually, it means possessing organizational skills and letting them gain success.

Why is Empathy Important in Society?

Whenever we feel upset because of a family member, colleague, or politician, having empathy helps us solve the problem in a better way. 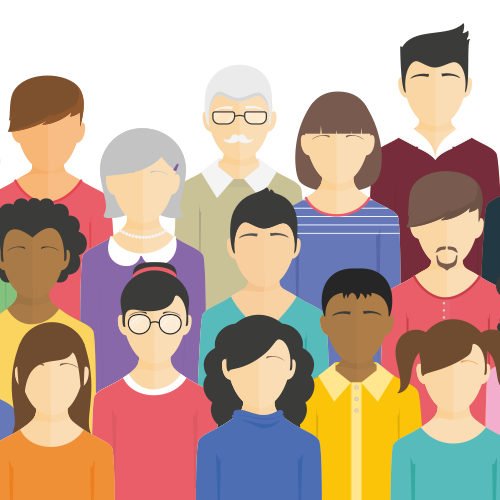 Furthermore, it is very important for children to learn empathy just as they learn other things. According to psychologist Carol Kusché, even children who are not empathetic, are able to learn how to notice other’s feelings and give a proper social answer.

However, if children are not taught empathy, they may be anti-social in their later life. But, it is possible to teach people to give a proper response even at later ages.

For instance, some studies reveal that the best manner to stop adolescents from committing a crime is to make them play the role of a victim. (1) So, in this way, the teenagers can understand how the victim feels when attacked.

Importance of Empathy in Relationships

Very often we find ourselves in a situation when talking to other people and expecting understanding rather than advice.

There is still a meaningful distinction between the feeling of being understood, and being told what to do or how to feel about something.

According to Laurence Olivier, in order to be an excellent actor, one needs to love the character they play with all its flaws and virtues. In fact, therapists are like actors, they need to understand their clients, so they put in their shoes.

All in all, it is essential for a person to want to understand others. And, this experience is much more profound in therapeutic relationships than acting.

As we mentioned earlier in this article, people seek understanding. In some cases, when something bad is going on, a person needs to be listened to, rather than given advice. 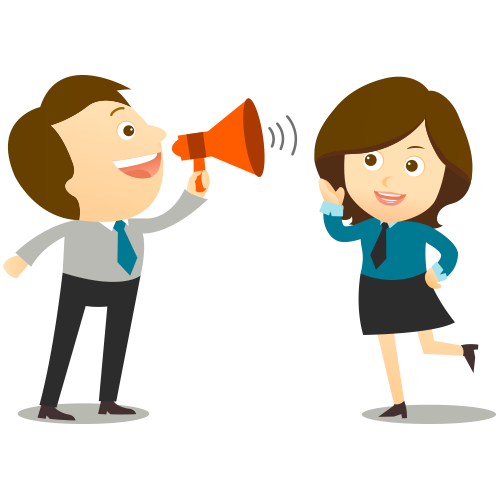 For instance, imagine a situation in which a woman says to her friend that she feels desperate, sad, depressed, and even thinking about suicide.

If this friend tells her that those feelings are nonsense, and she is just bored and advises her to see life from a positive point of view, would the woman feel better? Would you feel better? Of course, the answer is no.

Also, in a situation in which a mother is devastated because of her child struggling with some fatal illness, people saying to her that everything is going to be fine, actually are not doing any good.

In both cases, both women need someone to listen to what they have to say and try to understand them. However, it does not mean that people who say “look on the bright side” are cruel, they only lack communication skills.

How to Practice Empathy

Since everything needs practice, so does empathy. One of the techniques in which you can learn empathy is listening. You need to slow down with your responses and try to listen more to what people have to say.

It is important to know there is a difference between hearing and listening. Pay attention to the speaker’s reason for what they are saying. Also, consider their life and experience that caused them to have the current point of view.

Use sounds such as “ah, oh, ya?” during the conversation. And, it is good to ask more questions in order to get a better understanding of what they are saying to you. If you have spent enough time listening to the speaker, you will need more time to answer.

Furthermore, you need to stay away from your phone. Replace the checking of social media with looking at the people around you. Try to imagine what are they thinking, how do they feel, or where are they going.

However, you should imagine that situation from your “enemy’s” point of view. In fact, that person is neither evil nor an idiot. 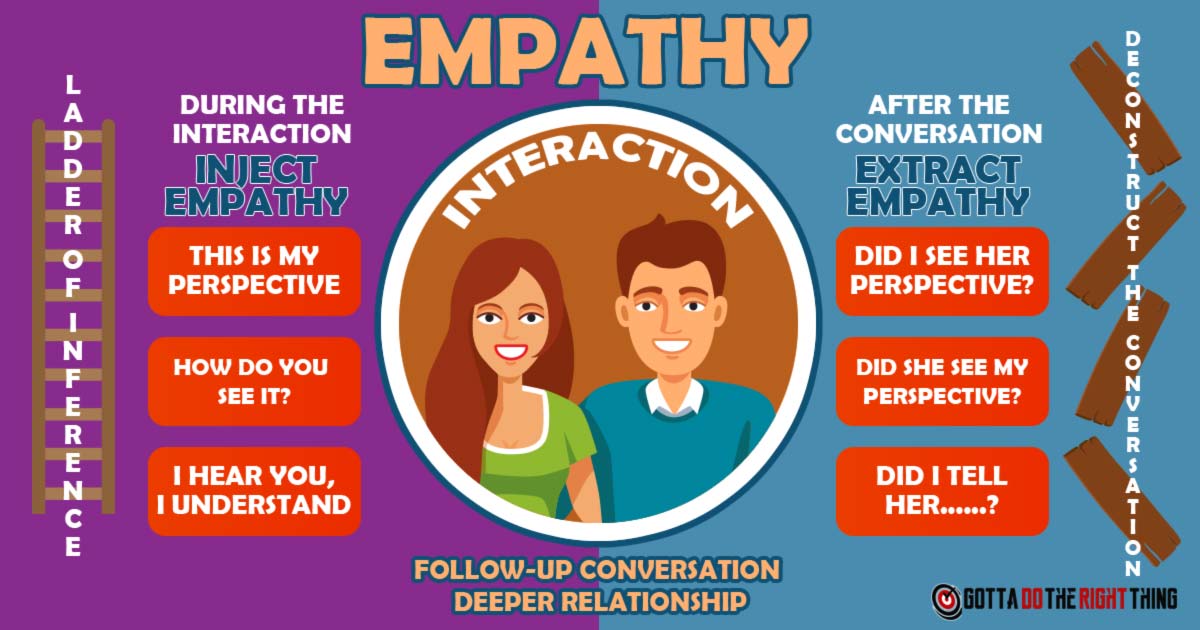 Also, they may not be even wrong about the thing you think they are. You should ask yourself how that person feels about the situation, what are their intentions or motivations etc.

If it seems hard for you to put yourself in the place of your “enemy,” you should imagine yourself as a third person. Usually, the listener is on the side of the complainer. So, begin on the other side.

You may be able to get a better understanding and calm the intense situation. We can conclude that empathy is a good side of humanity. In fact, it makes us what we should be – humans.

Instead of viewing the world from only our perspective, we can see it from many aspects. So, being able to understand and feel what others are feeling, makes us capable of creating a better world to live in.

We hope that everyone is going to at least try learning how to understand other people.

Research Shows that Eating Chocolate Cake for Breakfast May Be Good for The Brain and The Waistline?
12 Signs of High Blood Sugar and 8 Tips to Prevent Sugar Spikes
The World’s Shortest IQ Test: People Can Find Out How Smart They Are in Just 3 Steps
The Mistake People Make When Drinking Lemon Water Every Morning
6 Signs Indicating a Phone Was Hacked
Amazing: Cuddle with Wolves in Norway
The Only Way to Win With a Toxic Person is Not to Play
Hugh Hefner’s Life and More
How is the Forehead Kiss Different from Regular Kisses
10 Traits of People With True Integrity
×We use cookies to ensure that we give you the best experience on our website. Read our privacy policy and cookie policy.
https://gottadotherightthing.com/cost-of-prilosec-otc-at-walmart.
Close
Do you want to read more similar stories?