Why Do Most Intelligent People Choose to Be Less Social? 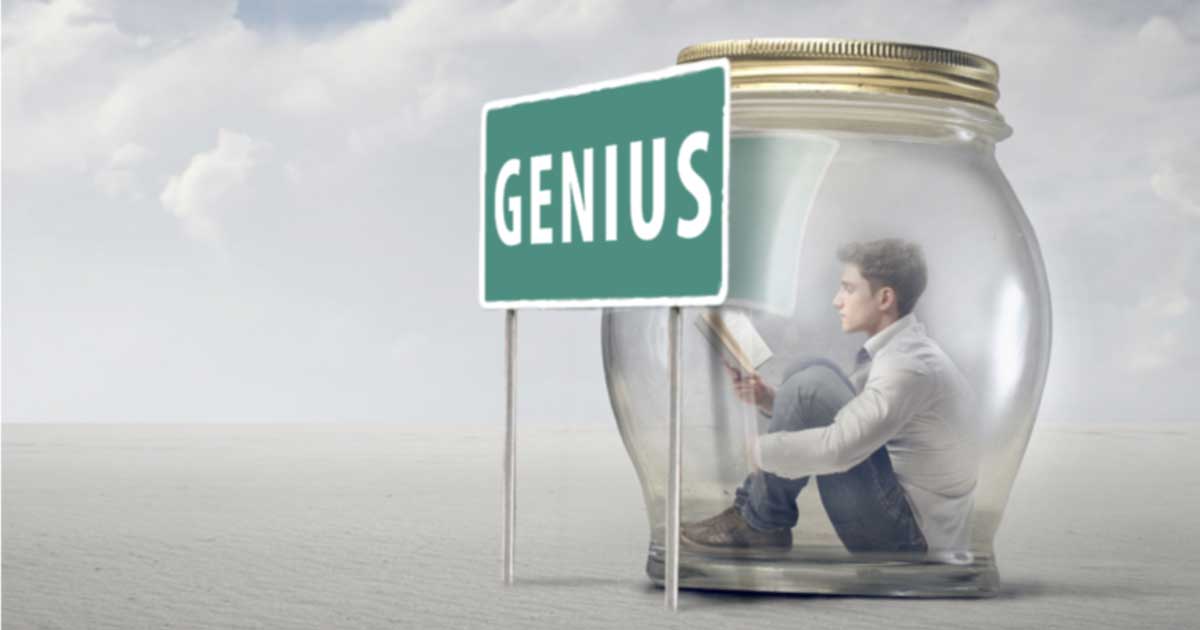 Billions of people live in this world. Billions of personalities are out there. Some of them are pretty strange for the environment. We are going to talk about people who are considered anti-social.

Often, people around anti-socials think there’s something wrong with them, and try to talk them out of staying at home. These people like living alone. They choose a country instead of a city, a book instead of a party. Sometimes, they even hide when someone is at their door.

Those are the reasons why the close family members may sometimes worry about the “anti-social” one. Sometimes people may even make their life harder by making them do things they do not like. But are these real signs of anti-socialism? Well, the good news is that you may not be anti-social but a genius!

Probably, you are now asking yourself “What? How is that possible?” Read on to find out.

An NCBI study says that people who have high intelligence do not prefer hanging around with other people. They prefer to be alone. It is very interesting that living their life in this way, makes them happier. (1)

In accordance with Satoshi Kanazawa and Norman Li who are researchers, highly intelligent people find their way to happiness by choosing to be alone.

These psychologists conducted detailed research and concluded that people are more joyful when they live in peaceful locations. Also, they found out that humans are happier when they are in the company of the people they love, than by strangers, colleagues, or some casual friends.

Participants in the study showed higher levels of happiness when they were with friends. But, the group of highly intelligent people showed a totally opposite effect. (2)

Actually, the researchers gave an explanation that highly intelligent people are not joyful when socializing with friends. (3)

According to Carol Graham, people who have high intelligence do not like spending time socializing because they are concentrated on another aim.

Namely, the nerd that tells you they have a smarter thing to do than just socialize has some plans.

While the psychologists were clarifying the study results, they found meaning in this process connected to the Savannah Theory (4). According to the theory, we should find what makes us happy by doing the same things as our ancestors. On the Savannah, the population would have been decreased. Also, communication among people would have been of extreme importance for survival.

The study results showed that highly intelligent people might evolve in a way that they do not need socializing very often. These people have their focus on activities to improve the world in an economic and intellectual way. Modern people need less socializing than people in the past. So, people with high intelligence are going to put an end to the interaction. (5)

Well, when you decide to stay at home instead of going out with your friends, do not feel like a weirdo. Do not listen to other people saying that the way you act is not normal. Just feel smart as you are because you are going to make changes to this world.