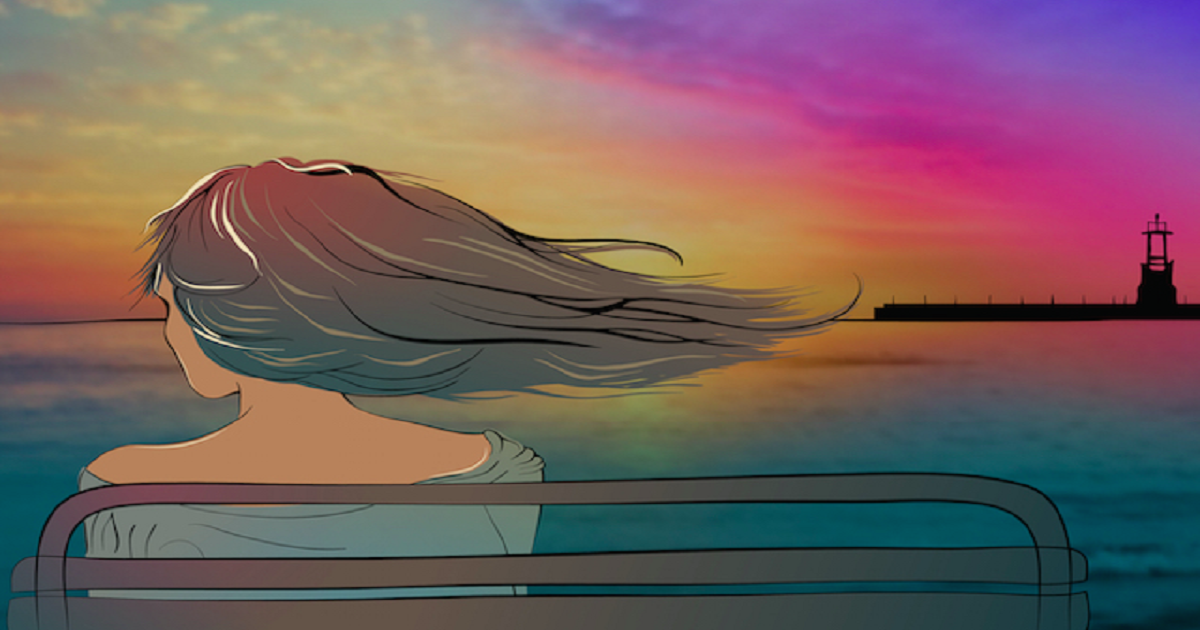 A story about grief told by a woman who lost her father when she was 16-years-old. In 2008, on April the 14th, the girl went to school while having a father, and when she went back home, she did not.

After that, she experienced an indescribable pain one would not wish to their worst enemy and unknown emotions.

Each time that girl was trying to become better, she would notice her father’s belt buckle or his socks on the floor, and at that moment her wounds would open up again.

She was unable to make simple decisions like what would she like for dinner or what to watch on TV. Everything has lost its sense that week. Her father was her best friend.

He was not cool, and he did not act like he was her age, but he was strict, and he always pushed her to be the best person. This girl’s father was her best friend to whom she was able to go when she was feeling worried, and when she needed honest advice.

Besides the negativity, her father made her to always see the good things in herself. She could cry in front of him, and he would feel comfortable with that, he would not just run away.

When her father died, she realized that the only person she could rely upon is herself, and that seemed challenging. She was the shoulder to cry on to her mother and her sister.

Since she was the oldest kid, she was the second in charge. Her mother consulted her in planning her father’s funeral and making sure everything was in order.

This girl felt empowered when she was helping her mother. She even felt like she was giving back everything that her father had done for her. Her biggest flaw of all was focusing on the future instead of the present. She took time to grieve.

She cried a lot at his funeral, and for a whole week. When everything was over, she picked herself up as she was before her father’s death.

At the same time, she convinced everyone that she was a strong woman, and she also did not want to focus on the present because there was too much pain to deal with.

She decided to concentrate on doing whatever it takes to get into college because that was her father’s wish. Everything was well until she was a senior.

She was on the list of the Dean, and she was accepted into a graduate school while the graduation was close. And, then, her partner asked her to marry him.

She did not expect her boyfriend to offer her marriage with the engagement ring of her mother. The ring was a constant reminder of her father, and she could not ignore it.

Although that was one of the happiest moments in her entire life, her engagement made her extremely sad just like she felt when her dad died. She did not have a father to run to and tell him the happy news, and he was not there to walk her down the aisle.

She was then aware that she had never allowed her to grieve, and she was just lying to herself. This girl had a role of an adult person, and she did not have time to be angry, depressed, resentful, or to accept things and move on.

There were people who told her that everything is going to be fine, but she is aware that grief never leaves you, but you just find yourself a proper way to deal with it.

Even though she pretends to be this emotionless professional woman, when she talks about her father, she just melts. She is now thinking and writing about her father more than ever. Grief has no limited time.

This woman says that if she were able to go back in time, she would tell her 16-year-old self that it is okay to be sad, and she should not feel guilty for sadness. That teenage girl has a right to grieve as much as she wants.

It is also very important to take time in order to sort out her feelings, and she should not hide how she feels.

When it is time to grieve, you should just grieve. Do not delay or stop grieving because, in fact, it cannot be stopped. It is important to accept that you are feeling pain, and you need to try and find the good things in life.

When she used to look at her engagement ring, she would feel sad, but now she knows that she can try to look on the positive side. She wants to find the happiness her mother and father had. So, people, feel free to grieve because that is your right.