Can We Really Reprogram Our Subconscious Mind? – A Hindu Priest Explains How 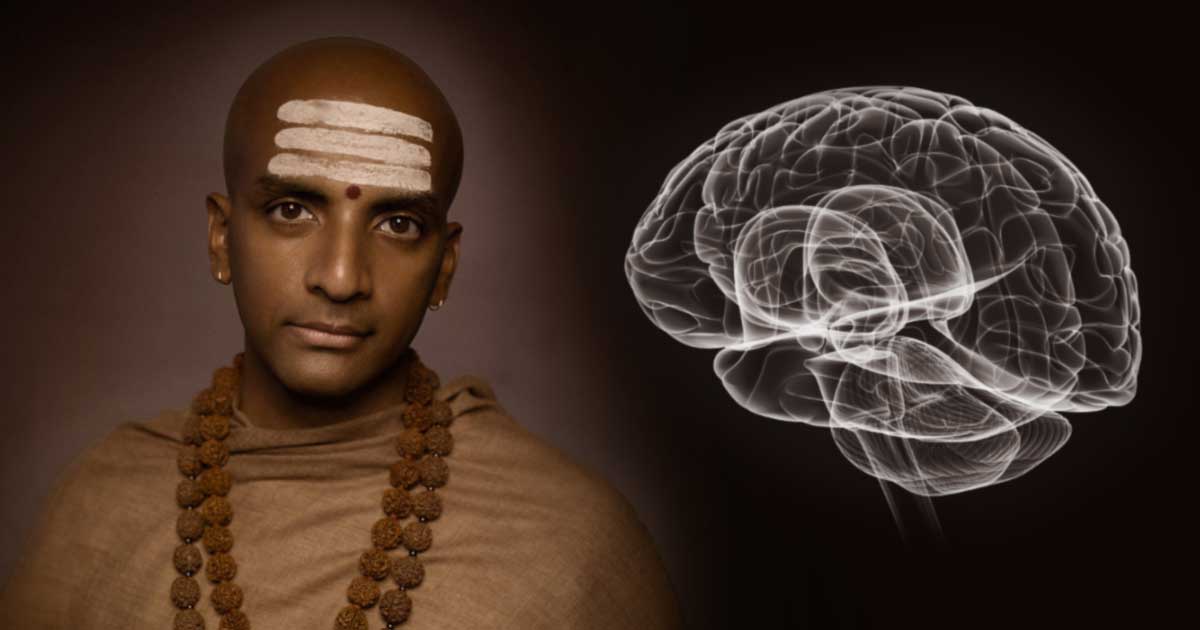 When we see an iceberg on the surface of the water, we cannot see the part that is under. Well, it is the same situation with our subconscious mind. Our subconscious might show us the way to a happier state of mind.

Some people believe more than 95 percent of human mental activity happens in the subconscious mind. The “iceberg” of our mind that is “underwater” is always active. (1)

Even when we sleep, the subconscious mind gathers and processes information.

Furthermore, the model of the unconscious (2) by Freud says the behavior, needs, and habits of people are influenced by subconsciousness. According to the study of the psychoanalyst Carl Jung (3), it is very important what is happening in the subconscious mind.

He says that people need to make the unconscious conscious. Otherwise, it will take control over their lives. This model may raise many questions for some scientists. (4)

However, smart people and those dedicated to personal development know that we can program our subconscious mind with the help of affirmation and a mantra. For a very long time, monks of the Eastern traditions have been using mantras as a spiritual tool.

Prayer beads are part of it. Practitioners understand meditation very well. It may be simple, but it is a powerful means which helps in getting positive results in beliefs, emotions, personality, and habits.

According to Christina Sarich, the mantra is a combination of vibrations and sounds that have a positive impact on the mind and body. With the help of EEG charts, they were able to see the effect of sound on the human brain.

Also, there were noted some physical changes such as heartbeat, the temperature of the skin, and breathing. When people are sometimes unable to get rid of some thoughts, that is so because they are created in the subconsciousness.

Here can help the mantra. Dandapani is a Hindu priest and an international speaker (5). He gives answers to Brian Rose (London Real) about the positive effect of the repetitious sounds. Dandapani explains that people think prayer beads are just prayer beads.

But, that is some kind of mantra to help us have an impact on our subconscious mind. Chanting a bead means chanting an affirmation such as “I am a happy person,” or “I am a confident person.”

There are 108 beads, but there is more to that. Dandapani says that the three important things to remember are to have precise positive words, a proper feeling, and clear visualization.

You have to be very precise about your focus object during the process of visualization. For example, if one’s chanting that they love apples (I love apples), their mind may be in confusion.

Anyway, a clear image of the object will help the mantra be successful. Furthermore, when talking about the proper feeling, Dandapani explains that feelings are emotions that make them energy. (6)

He explained this with the help of Nikola Tesla’s words. If people’s subconscious is full of positive energy, then they will attract positive things in their lives.

If people use visualization, sound, and emotions in order to develop a positive change they can have an impact on the subconsciousness. We suppose you have an interest in getting control over your subconscious mind.

So, watch the footage in which Dandapani gives a detailed explanation of the process.

Why Do We Need to Learn How to Cut Etheric Cords?

13 Things That Impact Our Happiness

This is Why Not Everyone Can Understand Deep Women

Why Do Most Intelligent People Choose to Be Less Social?

Research Shows that Eating Chocolate Cake for Breakfast May Be Good for The Brain and The Waistline?
12 Signs of High Blood Sugar and 8 Tips to Prevent Sugar Spikes
10 Signs He’s the Man That Will Stay Forever
Respect Parents in Their Old Age – Heart Touching Story
15 Things to Start Doing Right Now to Live a Happier Life
12 Things People Don’t Realize Someone is Doing Because if Their High Functioning Anxiety
10 Traits of People With True Integrity
8 Reasons Why We Need More Hugs
10 Things People Experience If They Are Highly Intuitive Empaths
32 Genius Combinations On Our Keyboard
×We use cookies to ensure that we give you the best experience on our website. Read our privacy policy and cookie policy.
Close
Do you want to read more similar stories?