X-Plan: A Helpful Way Parents Can Give Their Kids A Way Out 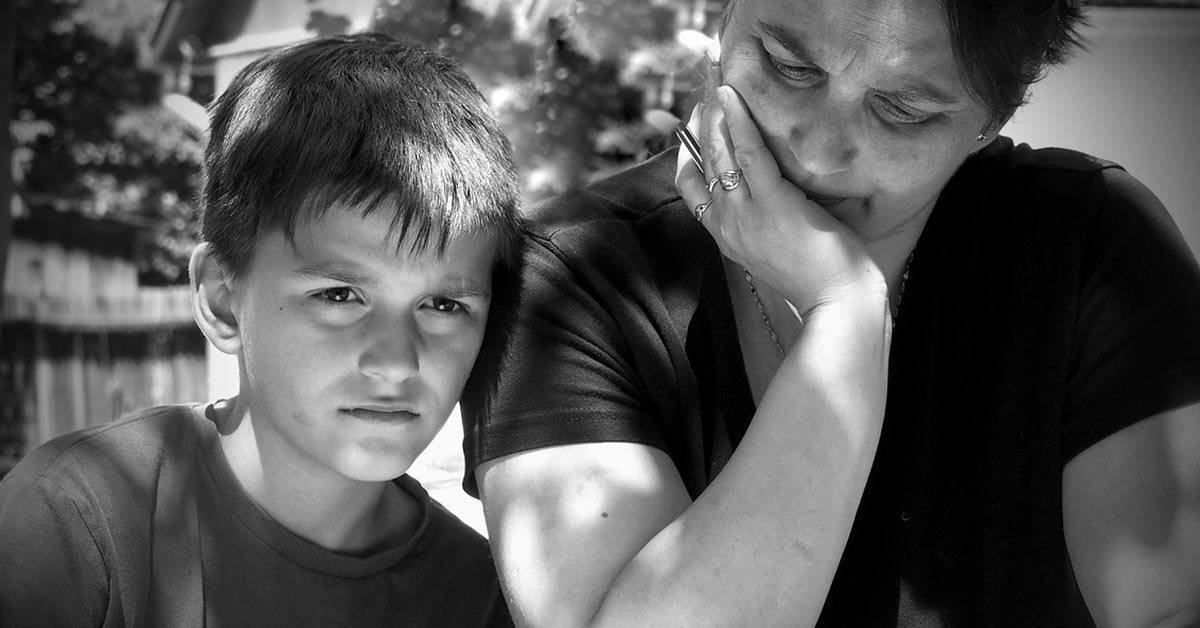 Bert Fulks is a teacher, and he has his own website, and in one article he talks about a plan which he calls ‘x-plan’ and it serves to give our children a way out. (1)

So, Bert tells a story in which he talks about his time when he spent one hour every week with a group of youngsters who were going through addiction recovery.

These teenagers were locked away for about 6 months in order to learn how to overcome their addictions. Bert felt humbled to spend time with the teenagers because they were attacked by the world.

The good thing about these kids was that they still had a chance to live, while, sadly, some of Bert’s friends had lost their children.

Furthermore, Bert explains that one day all of the children raised their hands when he asked them how many of them were stuck in a situation in which they were not feeling comfortable, but they could not find a way out.

So, Bert says that he understands how these children feel because he went through many things in his teenage years. There were many times when alcohol, drugs, and intercourse rushed into his world even though he was not prepared for that.

As an adult, he thinks that is silly, but back in the day, it was a reality. Often, he felt pressure from his friends, and he was not able to ask his parents to rescue him.

And, Bert says that to teenagers it is easier to consume alcohol even if they do not want to than going through a punishment, interrogation, and nagging.

What about the X-Plan?

Moreover, Bert explains why his family has this ‘x-plan.’ It is a simple but effective tool that his children can use whenever they want to. How does the plan work?

Well, his youngest child, named Danny, gets to use the letter ‘X’ in a text message to one of his parents if he feels uncomfortable when he is at a party. So, when one of the parents gets this message, they need to call him after a while, and their conversation is the following:

“Danny, something’s come up, and I have to come to get you right now.”

So, Danny informs his friends that his parents are going to pick him up because there is a situation in their home. This way, Danny has a way out of the situation, and he does not need to be in an awkward social situation. 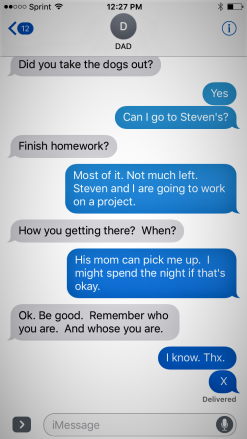 He is capable of protecting himself while learning how to manage life. Bert says that this is a very good way that makes his son feel safe and secure in this world that forces teenagers to be submissive.

But, in this plan, there is one very important component which is: When his parents get him out from that situation, Danny has complete freedom to choose whether to tell his parents or not about what happened.

There is an agreement that there are not going to be any questions or judgments. This may be hard for some parents, but Bert says that it is helpful and it will build the trust between a parent and a child.

Anyway, if someone is in danger, Danny needs to tell his parents no matter how much he would be affected. Bert wants to teach his children to always be there for the weak ones.

A lot of parents allow technology interfere with their relationships. Bert, himself, hates it when people are having dinner together, and they choose to stare at their screens during it.

He does not like it when his children send him a message while being in the same house. Nonetheless, Bert is aware that cell phones are a huge part of our lives and they will not go away, so he says that we need to find useful ways to use them.

About this article, people have asked many questions, and Bert offers answers to them. So, here are the questions:

1. Does this encourage dishonesty?

According to Bert, this is a chance for parents to teach their children how to be honest while learning that it is all right if they decide not to reveal something.

No one owes explanations to anyone. When a child says that something is private and they do not feel like talking, that is honesty.

2. Is this teaching a child not to stand up to others?

3. What happens if this rescuing becomes a habit?

4. How do children learn if there are no questions and talks about what happened?

In families in which there is a relationship based on trust, children begin the talk first. You should let them ask questions and provide sincere answers.

5. If children are not where they should be, what happens? What about consequences?

If we are honest, children who are afraid of being punished would not ask for help. When the child knows they need to ask for help, it is a big lesson as well.

Anyway, every family is different, and there are different situations, so you should not base just on this article’s situation. Bert suggests parents use some type of an ‘X-plan’ in their families which you think would be helpful for them and their children.

After all, the most important thing is to have an open and sincere relationship with your children. Nowadays things are different; children face many difficulties each day that can be deadly.

So, parents need to find the right way to build trust with their children in order to keep them safe. It is a dangerous world we live in, and we need to think clearly.