10 Traits of Strong and Powerful Women 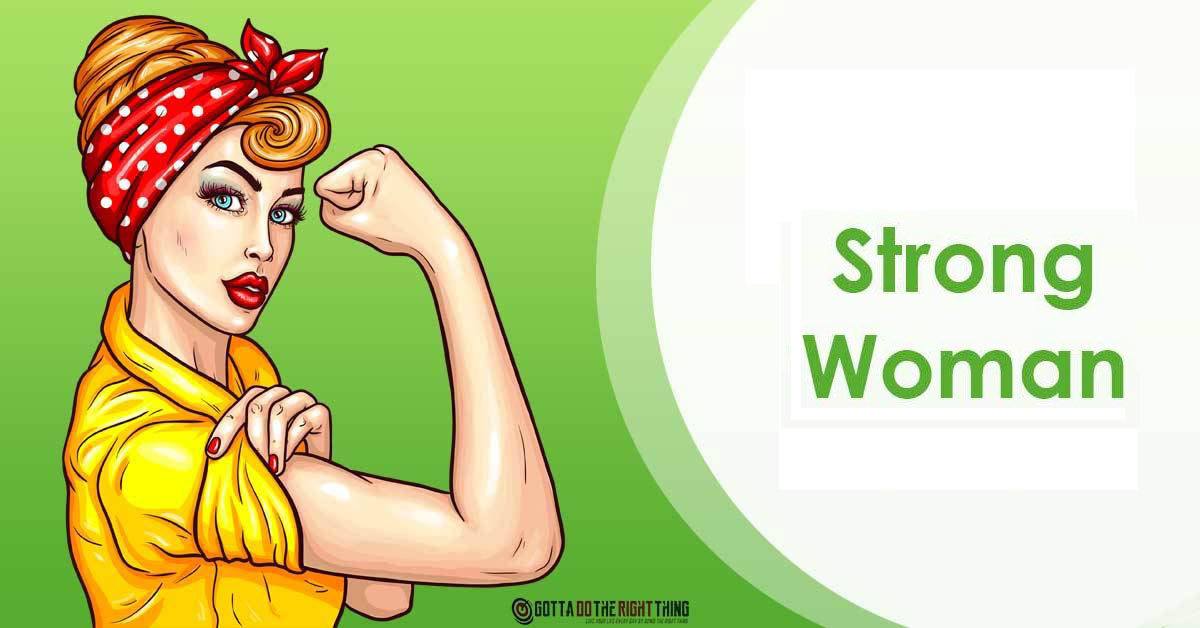 When it comes to women, strong ones are gifts to the universe. Strong women help us grow, live and learn. These women shape who we are, and believe it or not; it might happen even if we do not really know them in person.

But don’t get confused, a strong woman is actually an ordinary woman who has a sincere smile and usually is the source of inspiration for everyone around her.

How will you recognize her? Easy, she is your grandmother, your mother, your teacher, your boss; she is YOU.

#1 A Strong Woman Seeks Respect; For Her Attention Comes Second

Remember one thing, this type of woman doesn’t crave attention. She never begs for attention or love. In case she sees that she is not welcomed or wanted, she would act mature and just leave.

One thing is certain; respect is always better in comparison to attention. Why? Because it lasts longer and is the key to success.

Such a woman leaves a toxic relationship where she is unappreciated. A powerful woman does this no matter how much it hurts to leave. Why? Because she knows that she deserves better.

A strong woman gives her absence to those people in her life that simply don’t appreciate her presence.

#2 A Strong Woman Believes in Herself and Others Around Her

A strong woman knows who she is and what she wants. This woman has her own goals in life, and she tries her best on a daily basis to follow her dreams.

Nothing can get in her way, because she wants to succeed as bad as she wants to breathe. This type of woman will always stand by her own choices.

A strong woman is willing to encourage anyone who needs this extra push. She believes in herself and the people around her.

#3 A Strong Woman Doesn’t Compare Herself to Others

She knows her capabilities, and worth, that is why a strong woman will never compare herself to other women.

She is very well aware that there is no such thing as the perfect person or the perfect life. But she knows that a strong woman is close to perfection, and she tries on a daily basis to be the best version of herself.

#4 A Strong Woman Wears Her Pain As High Heels

After failures and sadness, what does she do? She gets up and deals with them with a big smile on her face.

She is never the victim; she knows that she attracts trouble due to her strong personality, but a powerful woman takes her struggles and knows she will either win or learn, either way, she will become stronger.

Yes, this woman wears her pain as high heels, yes it hurts, yes they are painful, but she will walk with a smile on her face.

#5 A Strong Woman Is An Honest Woman

Telling the truth can be hard since it can be painful and risky. But this woman knows something, and that is this is vital, crucial, and must happen.

Honesty is rare, but she values it. She has good intentions, and that is why she is honest and straightforward.

We already mentioned that a strong woman knows herself, and that is why she isn’t ashamed to be vulnerable. At the end of the day, she is like everyone else she is soft, powerful, influential, and gentle human being.

But what separates her from everyone else is the fact that she will cry, and be miserable, but only for a while. After she is done, she will pick herself up, motivate herself, brush her hair, put a huge smile on her face, and conquer the world again.

Why does this woman forgive? She does it for herself, in order to be free from the poison of negative thoughts and emotions.

She will remember what you did, but she will forgive you and simply move on.

#8 A Strong Woman Doesn’t Depend on Anyone Else, But Herself

A strong woman is an independent woman, and this woman doesn’t depend and lean on anyone else when it comes to physical well-being, mental, emotional, and financial support.

Yes, it can be scary to depend on yourself and do everything on your own, but this woman doesn’t let the fear of failure stop her from conquering the world.

#9 She Knows When It’s Time to Rest

Being a strong woman and having big dreams is tiring. So this woman knows and feels when it’s time to relax and take a rest. Rest is necessary in order to have the straight to continue with conquering the world.

#10 A Strong Woman Supports Other Women

How to recognize a strong woman? You will notice her; she will be the woman unselfishly helping another woman no matter what.

Regardless of whether at a family gathering, in the workplace, in a new community, a park, a party, or at school this woman will do her best to lift other women.

Why? Because she knows that those who do this are the strongest. You empower women every time you can, and that makes you a woman.

If you can relate, you surely understand that you are a sturdy and influential woman.

You don’t need to remind yourself that, you have inner strength and that is something that will stay forever. We hope that by reading this, some women who just aren’t entirely themselves at the moment will finally get up and open their eyes.

Just take a second and think how different and powerful the world might be if all women just realized that their inner strength is always there no matter what.

To all strong women out there we have one thing to say –“Thank You.” May we raise more girls to be proud, powerful, brave, and fearless like you.