How to Play and Win with Three & Four-Player Chess 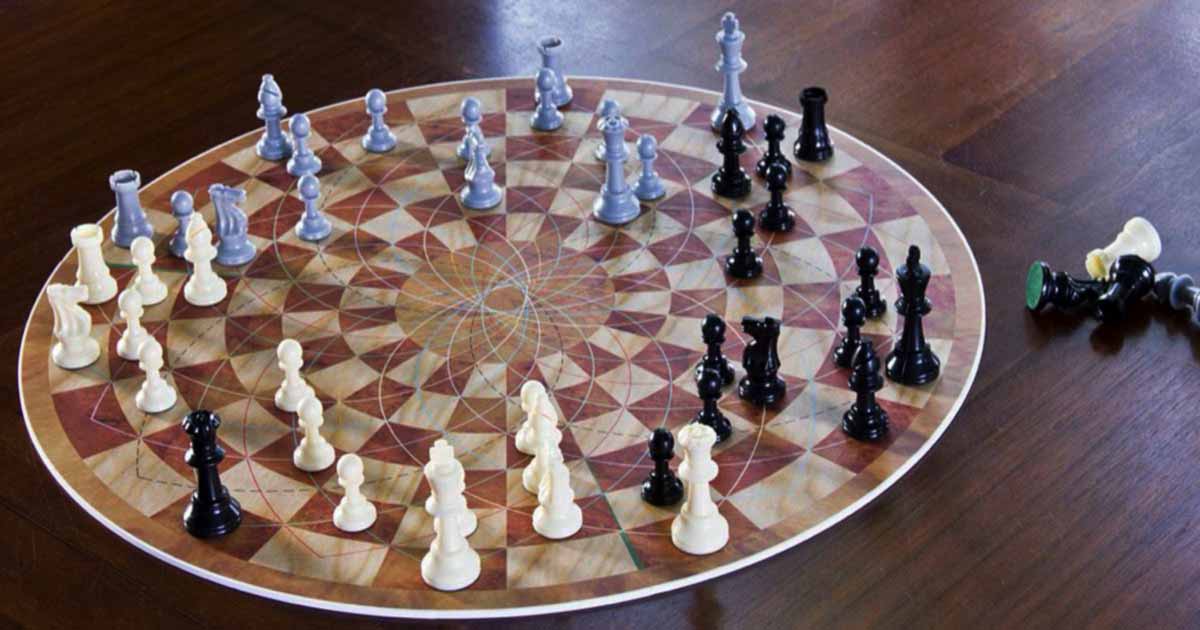 The three-player chess is an interesting and exciting game. People must know the rules of classic chess, for the game to be easier. However, it is never too late to learn. (1)

ThreeChess is a game between three opponents, and it is played on a hexagonally shaped board. It has 96 black and white squares. Every one of the players possesses sixteen pieces which include a king and a queen, 2 bishops, 2 knights, 2 rooks and 8 pawns.

The first player that captures a king is the one who wins. However, this ThreeChess is different from the classic chess because a checkmate is not enough, but you should capture the king.

During a checkmate position, the player loses its turn, and if he finds a way to be free, he is able to move again.

The Beginning of the Game

The knights are next to the rooks. The bishops are next to the knights. Then, finally, we position the queen on the left square and the king on the right. The player who has the white pieces moves first in every game.

So, the players should decide who will get the white pieces by luck, like flipping a coin. After the first player with white pieces moves next is the player with green pieces, and finally the one with black pieces. And, the circle repeats till the end of the game.

The Moves of the Pieces

Pieces are moved in a position in which they can be taken by other pieces, control significant squares on the board, or defend their pieces.

Even though the king is the one that matters most, he is among the weakest. He is able to move on only one square in whatever direction the player wants. He should not move into a check position where he would be captured.

As the strongest piece, the queen is able to move in any direction as far as the player wants, but cannot go through pieces. If she captures an opponent’s piece, her turn is over.

This piece can move ahead, back as well as to the sides, but as far as it can. When rooks are guarding each other, they are very powerful.

When a pawn moves out two square on the first move and lands on the side of the opponent, it is called “en passant,” and the other pawn can capture the first pawn that passes by. This option must be done immediately. Otherwise, it will not be available the next time.

The bishop can move only in diagonal direction, but as far as he wants. It must stay on the color he starts, white or black. They work well together because they guard each other.

This is a special move that lets you to get your knight to safety, and to get the rook into the game. When it is the turn of a player, he can move the king two squares over to one side, then move the rook from that side, but right next to the opposite side of the king.

This piece moves differently. It goes two squares in one direction, then one more move at a 90-degree angle. It looks like the shape of the letter “L.” And, this piece is the only one that can move over others.

Pawns move forward, but they capture diagonally. They can move only one square at a time. Two squares are allowed only at the first move. They cannot capture backward. Also, they cannot move past and capture the pieces that are in front of them.

If a pawn reaches the other side of the board, he can be promoted in any other piece. Usually, a pawn is promoted to a queen.

Since the purpose of this game is to capture the king of the opponent, it is done when the king is in a position in which he cannot move.

But, there are three ways in which the king can be freed: move out of the way, use another piece to block the check, or take the piece that is threatening the king. However, if your kind is not able to escape, you lose your turn.

Every player gets the same amount of time, and they can use it however they like the entire game. When a player makes their move, they hit the button to start the timer of the opponent. A player may lose the game if they run out of time, but if the opponent does not have pieces for checkmate, it is a draw.

1. To protect your king, get him to the corner of the board. You should do castling the sooner the better. It is not important if you are closer to checkmate if your opponent captures your king.

2. Be careful with your pieces. Do not let yourself to lose them carelessly because every piece has its worth. Even though the number of points every piece has, in the end, does not mean anything, here is their worth:

3. You should control the center of the board with your pieces because you will have more control and it will be harder for your opponent to find good squares for their pieces.

4. You should use all of your pieces because otherwise, they are useless.

Now, all you have to do is play and enjoy.

Here is another entertaining game! Try out this four-player chess. Even though you probably know the moves of the pieces, a checkmate is still scary. 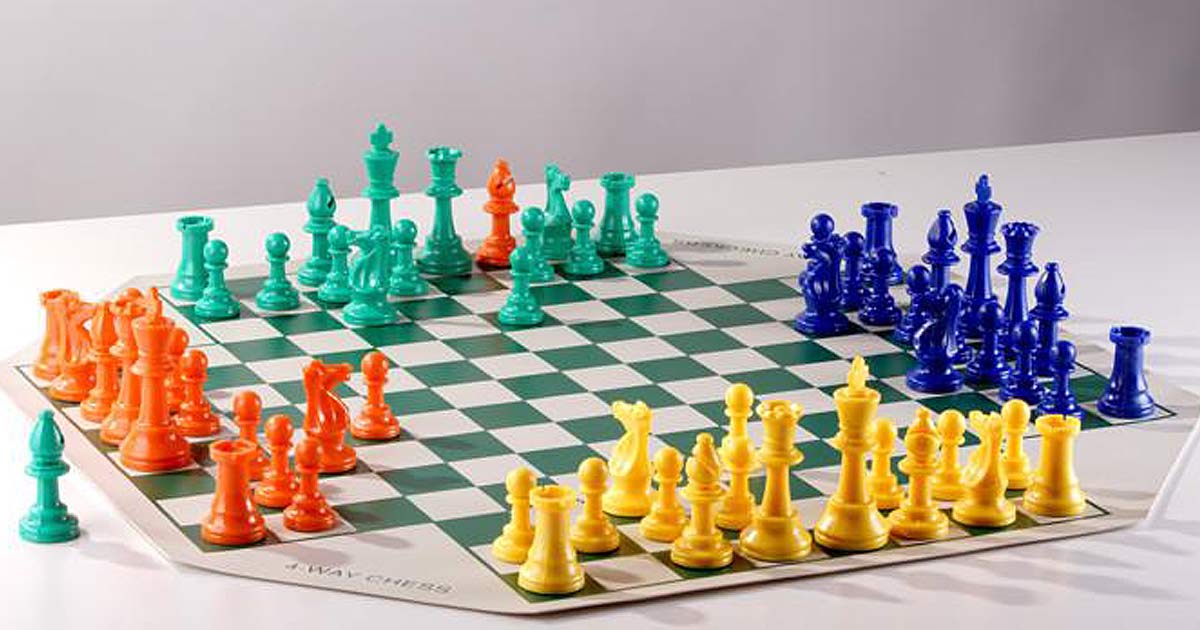 However, it is a different game in which you get awarded for capturing material, checking the King of your enemies, and enduring beyond your opponents. Below, we offer you information of how this game works.

The only problem in this game is that the server may go down because of updates. Still, there are no ratings, leaderboard or chat. Every game has a five-minute time control.

It may take a little time for you to get a game, but if you tell your friends to join, the time would be shorter. The owners of the website are still working on making this game amazing, but you can try it out.

If you are interested in discussing the rules and talking about tips and tricks, you can visit the Four Player Club.

Basic Strategies of the Game

Here we offer you a list of the essential game strategies you need to know if you want to play this game.

Do you feel ready to try out the game? We hope you will enjoy your time playing!