Final Goodbye to Physicist Stephen Hawking : The World Has Lost a Brilliant Mind 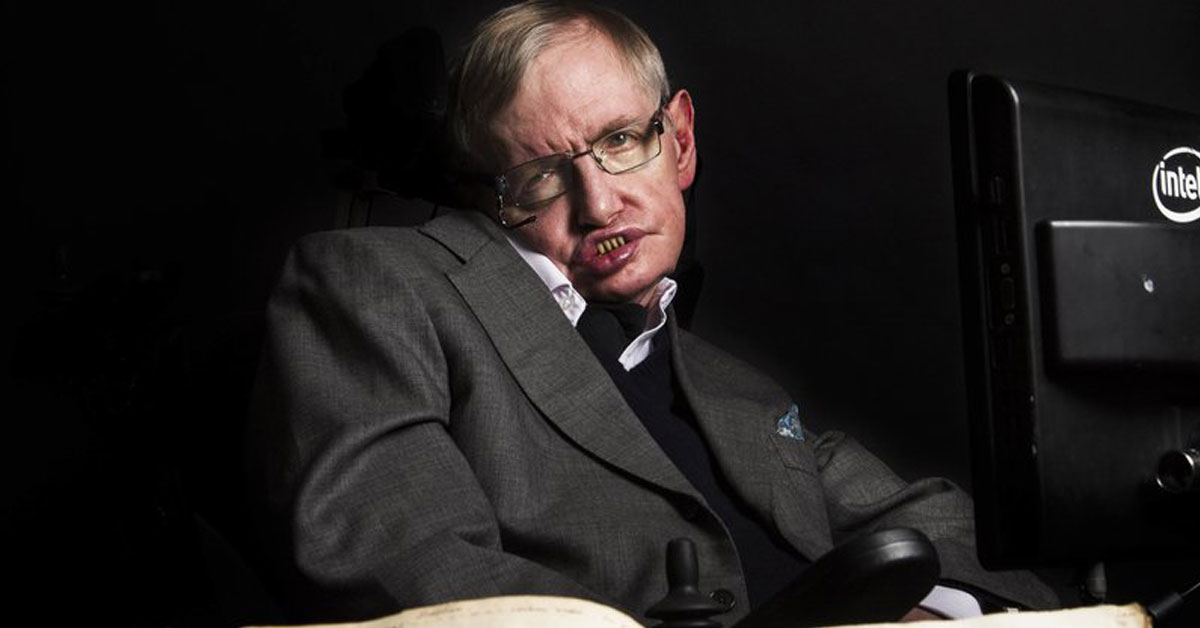 The world has lost one of the most brliliant minds of all times. The cosmologist and theoretical physicist Stephen Hawking has died at his home in Cambridge, England this Wednesday. His children gave the following statement:

“He was a great scientist and an extraordinary man whose work and legacy will live on for many years.”

Stephen Hawking has become one of the biggest galaxy’s celebrities while studying the laws of time and space.

He wrote many best-sellers, such as “Black Holes and Baby Universes and Other Essays,” “My Brief History,” “A Brief History of Time,” “The Grand Design,” and “The Universe in a Nutshell.”

He was compared to Sir Isaac Newton and Albert Einstein thanks to his scientific papers.

His entire academic life was focused on the black holes, and the mysterious regions of compressed matters where you can’t apply the normal laws of physics.

His greatest achievement was his theory that the black holes can emit gravitational energy, opposite from the traditional belief that nothing can escape their gravity.

He dealt with the beginning and end of time,  the possibility of time warps, and what happens inside black holes.

A lot of people paid tribute to him on social media:

Professor Stephen Hawking was a brilliant and extraordinary mind – one of the great scientists of his generation. His courage, humour and determination to get the most from life was an inspiration. His legacy will not be forgotten.

Even NASA paid tribute to this great mind, saying:

Remembering Stephen Hawking, a renowned physicist and ambassador of science. His theories unlocked a universe of possibilities that we & the world are exploring. May you keep flying like superman in microgravity, as you said to astronauts on @Space_Station in 2014 pic.twitter.com/FeR4fd2zZ5

His thesis crashed the Cambridge Site after being posted online in October 2017.

His passing has left an intellectual vacuum in his wake. But it’s not empty. Think of it as a kind of vacuum energy permeating the fabric of spacetime that defies measure. Stephen Hawking, RIP 1942-2018. pic.twitter.com/nAanMySqkt

Even though Hawking was given only 2 years to live after being diagnosed with the incurable disease amyotrophic lateral sclerosis, he lived more than 50 years.

This devastating diagnosis causes nerve cells to break down and eventually die which is why he was bound to wheelchair. Later, he lost the ability to speak after a tracheostomy.

But, he continued to communicate via an elaborate computer system by moving his cheek to select a character and stop the cursor.

Even though sometimes he had to cancel some lectures because of his bad health, he never stopped writing books, giving scholarships and lectures, as well as appear in TV shows like “The Big Bang Theory,” “The Simpsons,”, “Star Trek: The Next Generation,” and “Futurama.”

According to his website, he was born 300 years after the death of Galileo, on January 8, 1942 in Oxford.

Hawking’s first intention was to study mathematics, but he went with physics. He had a Ph.D. in cosmology at Cambridge University.

He was a principal investigator of the COSMOS National Cosmology Supercomputer.

Until his death, he remained active as a Dennis Stantion Avery and Sally Tsui Wong-Avery Director of research at the at the Department of Applied Mathematics and Theoretical Physics at Cambridge.

He was first married with Jane Wilde and then with Elaine Mason, his nurse. He was also divorced twice.

Hawking died at the age of 76, but we’re sure the world will remember him a long time.