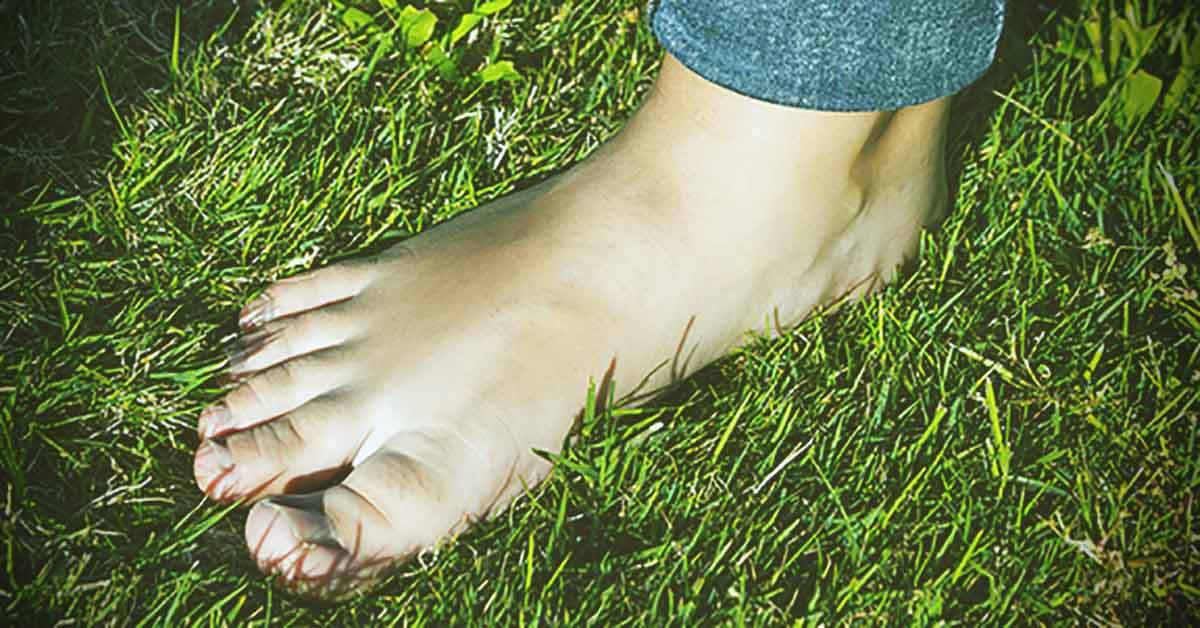 Some people name grounding as ‘earthing.’ But, what does it mean? It is when we place our bare feet on the earth without wearing anything. The practice is associated with the strong charge in the Earth.

The charge is rich in electrons which serve as antioxidants as well as free radical damaging electrons. Dr. Oschman has a Ph.D. in biology, and he is a professional in energy medicine (University of Pittsburgh).

According to the doctor, people who walk barefooted on the ground have better health and get a good feeling, and people can find that information in practices and literature from all over the world. (1)

But, there are many reasons why some people refuse to walk barefooted outside, except when they are on a beach. When one thinks about this, it has a point.

What Does Science Say?

One study named Earthing: Health Implications of Reconnecting the Human Body to the Earth’s Surface Electrons, was published in the Journal of Environmental and Public Health. (2)

This study says that grounding may be a possible treatment for many chronic degenerative illnesses.

It concluded that just simple contact with the Earth, being barefooted outside or inside may be an effective treatment against pain, inflammation, chronic stress, poor sleep, hypercoagulable blood, ANS dysfunction, cardiovascular disease, etc.

This study says that earthing our bodies along with physical activity, clean water, air, sunshine, and healthy foods may be an important element for a healthy life.

One more study by the Department of Neurosurgery from the Military Clinical Hospital in Warszawy, together with the Poland Medical University revealed that those who grounded during exercising had lower concentrations of blood urea.

Also, this showed better exercise recovery as well. The conclusion of the study was that grounding while exercising prevents hepatic protein catabolism, or may even increase renal urea release. (3)

Also, it affects the protein metabolism which results in positive nitrogen balance. This is very important for understanding people’s metabolic processes and it can be helpful in programs for exercising athletes.

Moreover, one study conducted by the University of California revealed that earthing improved the blood flow in our faces. And, another study concluded that grounding might be an important factor in the regulation of the nervous and endocrine systems. 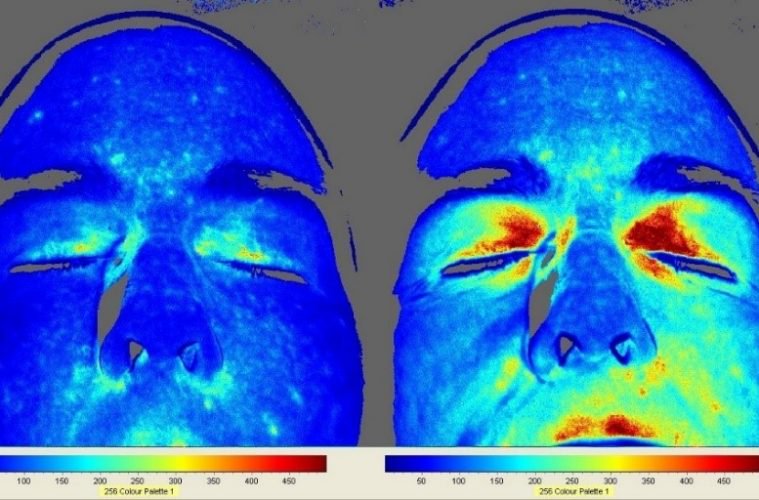 The Journal of Inflammation Research published a review that says that earthing decreases or may even inhibit the inflammation signs such as heat, pain, redness, swelling, as well as losing function. (4)

The basic theory is that connecting the body to the Earth allows the free electrons from the Earth to get into the body and take an antioxidant effect.

To be more precise, the electrons make an antioxidant environment in the area of the injury while slowing and inhibiting reactive oxygen species brought by the oxidative burst from causing destruction to healthy tissue.

Also, it is inhibiting and decreases the development of an “inflammatory barricade.” Also, the electrons may prevent or treat “silent” inflammation.

There are many studies that prove the physiological consequences of the grounding that including better, sleep heart health benefits, anti-aging, etc. Dr. Jospeh Mercola says that even though grounding has been proven to be very healthy and helpful, sadly, many people rarely do it. (5)

When one is earthed, there is a normalization of the diurnal rhythm of the cortisol which is the stress hormone. This hormone is connected to how our body responds to stress, and it helps in the control of the levels of blood sugar, decreases inflammation, and it controls metabolism. 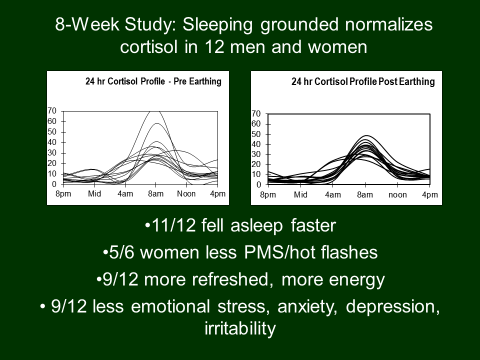 In the picture, you can see the outcome of a study that researched how grounding affected people’s sleep for 8 weeks. (6)

How to Get Earthed?

Most of the time we walk we do it by wearing shoes of plastic or rubber soles which serve as protectors, so we protect ourselves from electrical wires. But, also, we are disconnected from the electrons of the Earth although we should be linked.

Nonetheless, we can be grounded if we wear shoes with soles of leather or even vegan leather. We may also walk without shoes on grass, ceramic tile, sand, and soil.

You should know that walking barefooted on wood, rubber, plastic, asphalt, vinyl, tarmac, or tar is not getting you grounded. We suggest you take off your shoes when you are outside.

And, you can use these systems while you are working, spending time inside your home, or sleeping.

What Does Schuman Resonance Say About Grounding?

Professor Schuman of the University of Munich back in 1952 started trying to provide an answer if the Earth has a pulse or a frequency. He assumed that when a sphere is in another sphere, then there is an electrical tension.

And, when a negatively charged sphere is in a positively charged ionosphere, there probably is a tension that gives the Earth some particular frequency. So, the professor found a frequency he thought was our Earth’s pule; it was 10 Hz.

Then, in 1954 Schuman together with Herbert Konig proved that the Earth has a frequency of 7.83 Hz, and these findings were examined and confirmed by other scientists.

After this discovery, the Schuman Resonance has been used to portray or measure our Earth’s pulse. Although this is a scientific fact, several scientists have a total understanding of the significant relationship between life on Earth and this pulse.