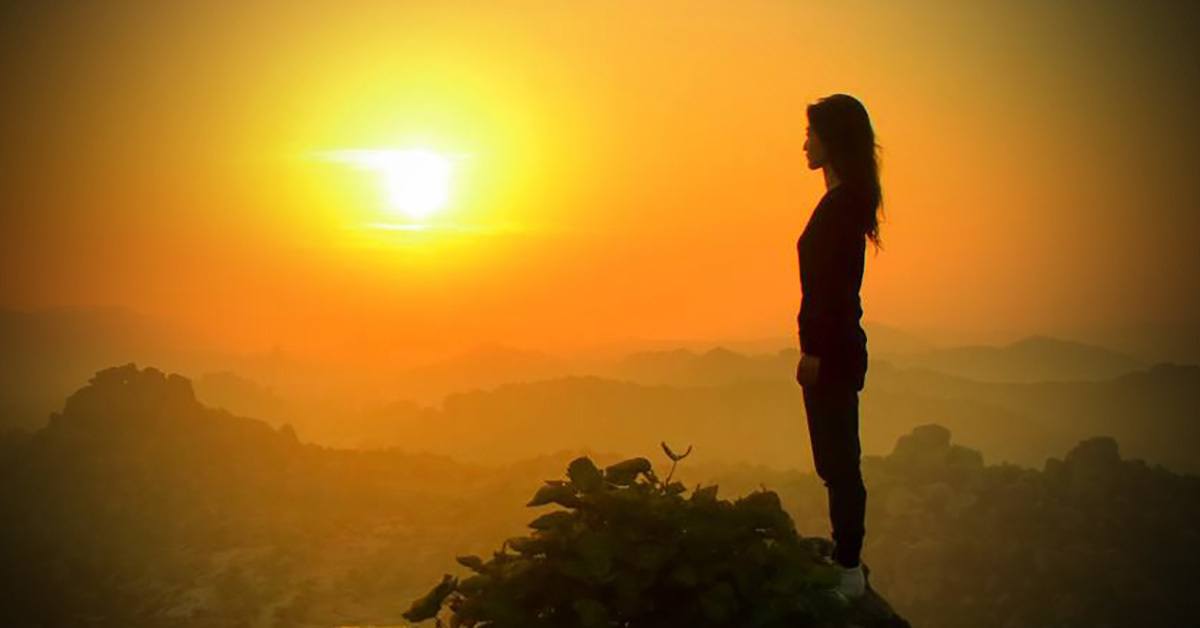 Cultures such as Egyptian, Tibetian, Aztec, Mayan, and Indian yoga say that sun gazing has amazing benefits including telepathy as well as living without food. But, is it possible? Read on to find out. (1)

What Does Sun Gazing Mean?

Probably, people are wondering how they would benefit from staring at the sun that is burning their skin. Well, staring at the sun during the lowest UV index of the day, in the morning and at early evening, lets the sunlight get into our eyes.

To keep their eyes safe people need to do it one hour after sunrise, and one hour before sunset. Also, they need to be barefoot, so they would directly touch the earth, if it is mud, dirt or sand it would get them more intense effects.

When you are a novice, you should start with 10 seconds. Then, slowly, you may increase the time for ten more seconds. Nikolai Dolgoruky is from Ukraine, and he has been doing the ritual for the last twelve years, and he has felt the effect of the solar energy.

Other people have lost the need for food after nine months of sun gazing for about 44 mins. every day. This phenomenon has been named HRM after Hira Ratan Manek who was the first to volunteer for scientific analysis to prove that he has abilities to live without food.

According to Hira Ratan Manek’s website, since 18.06.1995, he has been living only on water and sun energy. Sometimes, due to social purposes, he consumes tea, coffee, as well as buttermilk. (2)

Till now, he had 3 strict fastings, and he was observed from the part of scientific and medical teams. The first fasting was from 1995-1996, and it was 211 days long.

It was in Calicut, India, and it was directed by a medical professional on allopathy as well as Ayurvedic medicine, Dr. Ramachandran. Then, from 2000-2001 there was another fasting long 411 days. (3)

It happened in Ahmedabad, India, and it was directed by an international team of 21 doctors and scientists who were led by Dr. Sudhir and Dr. K. K. Shah.

Furthermore, after the amazing results, HRM underwent an observation period for 130 days at the Thomas Jefferson University and the University of Pennsylvania. The researching team wanted to analyze and examine his brain, retina, and pineal gland.

The observation was led by Dr. Andrew B. Newberg and Dr. George C. Bernard. The first results showed that the brain of HRM was regenerating. There were 700 photos taken that showed the activity of neurons.

What Happens to the Body During the Process?

During the first trimester of sun gazing, the energy of the sun moves through the eyes and fuels the hypothalamus tract. This tract leads to the rear of the retina, which leads to the brain and it activates it.

The person will feel calmness and relief from all stress which is caused by daily food intake. Food gets the energy from the sun. A person may feel a decrease in appetite, but they may normally eat till the hunger fully vanishes.

Also, staring at the sun increases self-esteem and enhances the problem-solving skills. All of the negativity in one’s life will be covered by the positive attitude. Spiritual knowing takes the place of fear, jealousy, anger, and lust.

After 6 months of staring at the sun, there are positive physical changes. According to studies, all colors of the sun would reach the brain. So, color therapists say that this may help in the healing of diseases that are connected with color deficiency. (4)

For instance, green is connected with the liver, and yellow with the heart. We hope that now it is clearer why doctors recommend consuming colorful foods. Finally, prolonged practice of sun gazing, besides the healing benefits, enhances super-human capabilities as well. (5)

As gazing professionals reported, energy is what keeps us alive, not food. After eight months, a person loses the food cravings, and the brain feels full. Furthermore, being barefoot while walking on the earth for about 45 mins. per day for 6 days, provokes changes too.

This way your epiphysis cerebri creates a magnetic field in and around your body, that refuels your brain and body. Likewise, your memory and intellect are improved. (6)

And, the epiphysis cerebri has navigational as well as psychic capabilities such as telepathy and the chance of flying. Seemingly, staring at the sun helps activities such as being in two places at the same time.

What Are the Dangers?

Staring directly at the sun causes harm to the retina. If you decide to do it, you need to check your eyes during the first several weeks. If you follow the rules, there would be no harm.

Also, you should not go totally without food, but use sun gazing as a daily practice to improve your overall health. But, if you would like to go to the extremes, you need to consult experts on this topic.

Research Shows that Eating Chocolate Cake for Breakfast May Be Good for The Brain and The Waistline?
12 Signs of High Blood Sugar and 8 Tips to Prevent Sugar Spikes
6 Signs Indicating a Phone Was Hacked
Amazing: Cuddle with Wolves in Norway
Mysterious Ancient Underground Tunnels Found Across Europe
The Way People Hold Their Fist Reveals Their Personality
The Only Way to Win With a Toxic Person is Not to Play
Hugh Hefner’s Life and More
4 Perfect Replies to Rude People
10 Traits of People With True Integrity
×We use cookies to ensure that we give you the best experience on our website. Read our privacy policy and cookie policy.
buy generic seroquel xr.
Close
Do you want to read more similar stories?