Frequently, empaths are being seen as weak people, but that is not real. In fact, empaths are strong and tough people who feel other people’s emotions. Empaths possess a desire to make the world a better place; they cannot stand to see others suffering. (1)

Anyway, when in their life comes a narcissist, empaths may become victims if they do not know how to protect themselves and set boundaries.

Empaths possess a desire to make the world a better place; they cannot stand to see others suffering. As a result, they are attracted to irreversibly damaged narcissists and their stories about anguish. (2)

However, narcissists do not want to heal; they want to belittle others, manipulate them, and, of course, be narcissists. Although some empaths know that is not a good choice to be in a relationship with a narcissist, they often are not aware of what exactly waits for them. 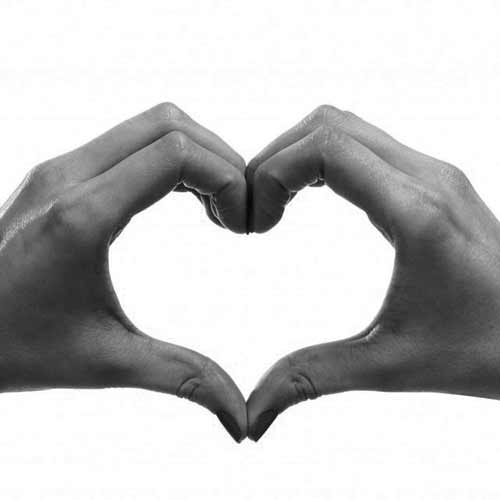 So, if you are an empath, continue reading to find out what happens in the relationship between an empath and a narcissist.

2. Since empaths adore giving love, narcissists enjoy this and gain even more control and power over their partners. So, this empaths trait causes problems.

3. Entering a relationship with a narcissist make empaths fall in love head over heels. Even though narcissists do not do anything about the relationship, empaths feel loved just from being in their presence.

4. While empaths feel like their relationship is doing fine, narcissists make sure of that. Actually, they are just in search of validation. Often, narcissists ask their partners if they love them, and every other conversation is about them.

5. After some time passes empaths start to feel helpless. When a narcissist tells an empath they need them, and they do not let them, for instance, pay the bills, they are actually manipulating them. Then, empaths end up feeling dependent on them.

6. Of course, there are gaslighting tricks. Narcissists like to make other people feel bad about themselves. So, they make their partner feel insecure by saying things such as “you are crazy,” “I would never say that,” etc.

As a result, empaths end up with serious psychological problems. And, they think they need the narcissist to feel good without being aware that they are the reason for the issues.

7. As time goes by, their relationship grows, so an empath cannot stand to see their partner suffering. They will want to do whatever it takes to help them feel okay. Also, deep down in their subconsciousness, empaths want to make narcissists better people.

8. There comes the point in an empath’s life when they change completely. They are a totally different person, and no one can recognize them. So, this results in many issues in the relationship.

Why? Well, since the empath is changed, they begin to realize they also have emotional needs, and they want them to be fulfilled. But, narcissists see that as a selfish attitude.

9. When this relationship comes to an end, because it will, both partners are not aware that they will continue their suffering. The empath will be again abused by some other narcissist because narcissistic behavior is like poison to them.

And, the narcissist will continue in other toxic relationships, while still being miserable.

10. When the relationship finally comes to an end, the empath is starting to be hard on themselves. They feel like they have done something wrong.

Everything that the narcissist has said comes back to the empath’s mind, and they think that maybe they were selfish indeed. Anyway, what the empath does not realize is that they are good people who were just manipulated by someone emotionless.

11. If an empath tries to communicate with a narcissist there, it would be worthless because narcissists will always find ways to pass the blame.

12. So, it comes the point when empaths begin their powerful transformation which may be hard, but a relationship with a narcissist is hard too. They realize that in order to grow, they need to re-evaluate their healing process.

13. On the other hand, a narcissist would continue searching for their following victim, while not realizing that they are the ones causing their unhappiness. Also, they will never admit it and will try to forget about the connection they had with someone else.

Finally, an empath gets out of this relationship stronger, smarter, and more careful. On the other hand, narcissists never grow and continue doing the same with every other person, and end up unhappy.

Research Shows that Eating Chocolate Cake for Breakfast May Be Good for The Brain and The Waistline?
12 Signs of High Blood Sugar and 8 Tips to Prevent Sugar Spikes
The World’s Shortest IQ Test: People Can Find Out How Smart They Are in Just 3 Steps
The Mistake People Make When Drinking Lemon Water Every Morning
6 Signs Indicating a Phone Was Hacked
Amazing: Cuddle with Wolves in Norway
The Only Way to Win With a Toxic Person is Not to Play
Hugh Hefner’s Life and More
5 Signs of Toxic Relationship People Usually Ignore
10 Traits of People With True Integrity
×We use cookies to ensure that we give you the best experience on our website. Read our privacy policy and cookie policy.
cost coreg cr.
Close
Do you want to read more similar stories?