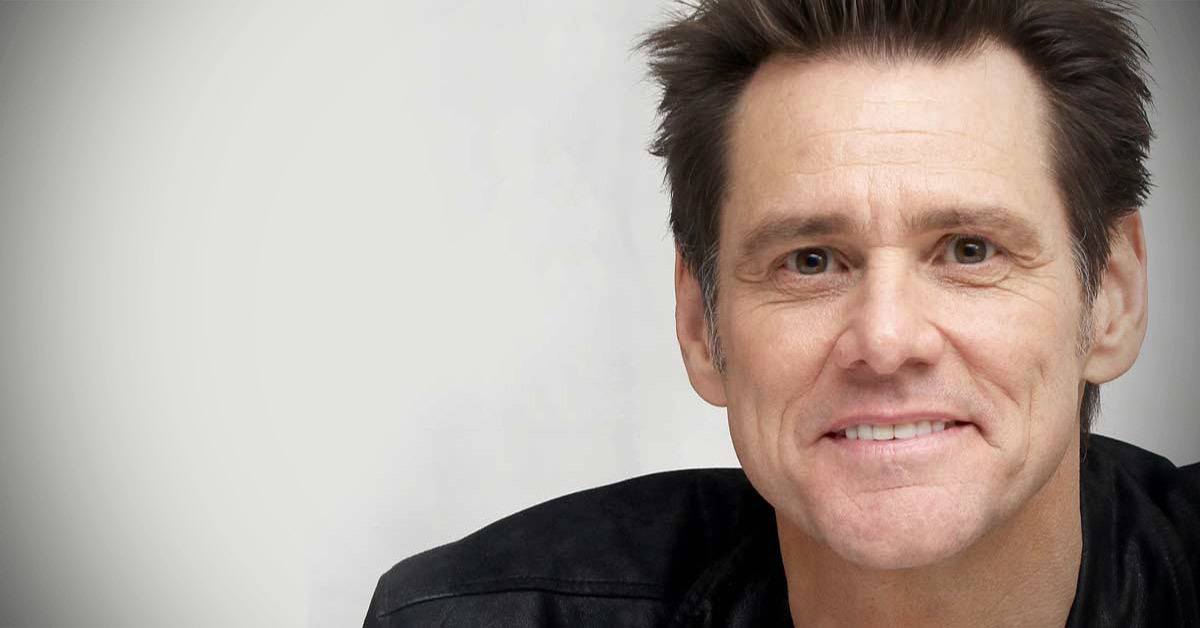 Lately, we have noticed that there are many celebrities who have decided to use their popularity in order to serve humanity. There have been many of them who decided to raise their voice about the truth and the meaning of life.

They used their famousness to give incredibly inspirational speeches that touched many hearts. Being a celebrity and using influence to motivate and raise awareness among people worldwide is amazing, right?

Some of the celebrities who are truly inspiring are Oprah Winfrey, Emma Watson, Leonardo DiCaprio, Mindy Kaling, Selena Gomez, and many others. On this list belongs the well-known, amazingly talented actor, Jim Carrey.

He may be one of the most humorous actors in the history of movies. But, also, he has been a source of motivation, wisdom, inspiration, and profound spiritual insight for millions of people in the world.

Nobody is perfect, neither is Jim Carrey. He has fought against depression and won many other battles in his life. So, he decided to share some deep and motivational thoughts, and each of us can learn from them.

In one video he shares a motivational speech talking about the meaning of life. When he realized that his father’s love and humor changed his world, he decided to become a comedian. Although, his father did not pursue his dream out of fear.

One night in Los Angeles, at the age of 28, ten years after he has been working as a professional comedian, Jim realized that his life had a purpose. He realized that he aimed to help people forget about their worries, same as his father did.

Moreover, Jim explains that figuring out how you can serve the world is the most important thing. He says that the impact one can have on people is priceless. We as human beings are not just figures, but we are something more to this world.

We have the freedom to be at war if we want to, be we should know that in order to be peaceful we need to disarm ourselves. Those people who need acceptance from others may stay invisible. None of us should let anything in this world prevent us from achieving our dreams.

Furthermore, the next thing Jim Carrey says is pretty fascinating. I think we could all agree with him. He says that he wishes for every human in this world to reach their goals, become rich and famous, just to see that neither happiness nor completion lies there.

Since this is coming from a person who is successful and rich, we guess it is the truth. And, we have heard about so many celebrities that besides the money and fame they achieved in life have committed suicides or have been battling depression and many other illnesses.

So, from them, we can learn that no matter how much money one has, there is something else that is missing. Then, Jim reveals that once he was afraid to do something bigger, but there was a smart person that made him understand, there is nothing that is greater than himself.

He says that many of us, who think that life happens to us, are wrong. Life happens for us. We should never let the fear win over love. We should always choose love over fear because we are the ones who make the choices in our lives.

This wonderful actor says that if we fail at something we do not want so much, we should do whatever we love to do. That way, we can become successful and complete. He recommends people to live a life doing things out of love.

Of course, we can choose to spend our lives worrying about the future or the past, but the only thing that truly matters is the presence we live in. How many of you spend their time worrying about something that has happened in the past?

How many of you cannot enjoy the moment because they worry about something that may happen in the future? All of this wisdom is precious because we know he is right. Below you can watch and listen a part of his motivational speech.

Sometimes when you watch a movie starring Jim Carrey, you may think “Oh, how foolish he looks. Can he ever be serious? What does this man think and feel besides being capable of making me laugh?”

Well, what we see on the screens is not enough to find out what lies beneath the surface.

And, we can see that even though Jim Carrey may have foolish and funny roles in movies, he is, in fact, an incredibly smart and caring person.