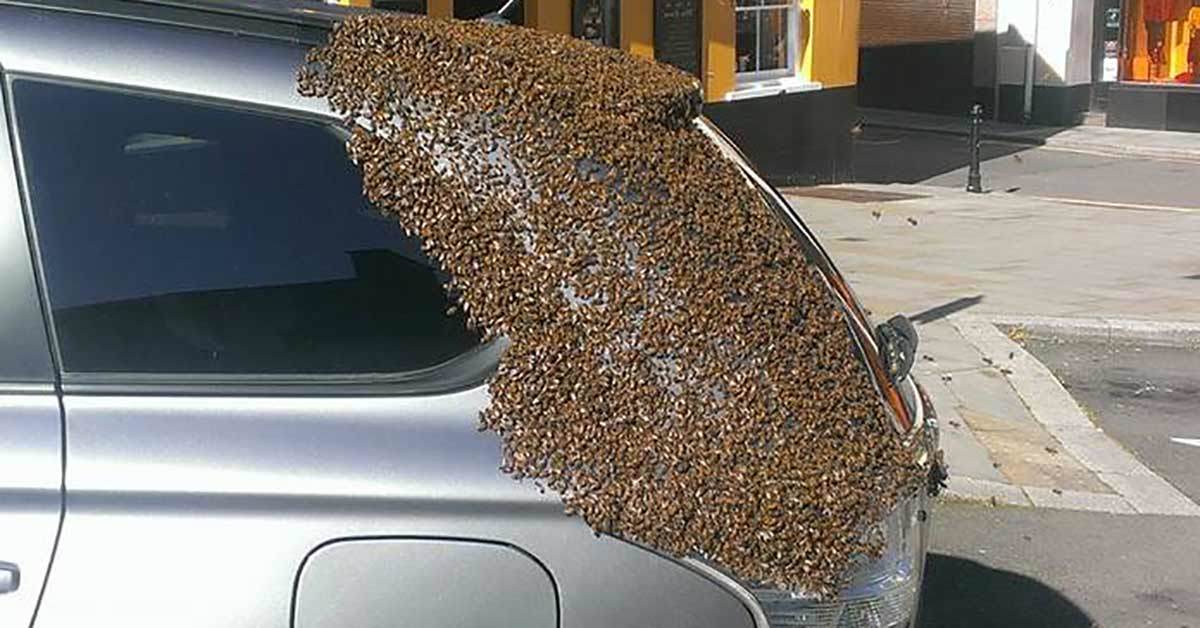 However, only the queen bee can reproduce. Worker bees clean the hive, they collect nectar and pollen to feed the colony.

She parked her car in Haverfordwest, Wales and went to the store to buy groceries. But what was surprising that a cloud of bees approached her car and didn’t leave the spot. A local, Tom Moses, decided to call a team of beekeepers in order to solve the problem.

He says that the view was spectacular. All the people were taking pictures. He didn’t want people to get hurt or for the bees to get hurt as well. Thanks to the beekeepers the whole issue was solved before Carol finished her shopping.

But Carol noticed the same group of bees the next day and had to act again. Finally, the beekeepers discovered that the queen was attracted to something sweet in the car. The queen was inside a gap on the boot’s wiper blade or the hinge.

And that made around 20,000 bees to follow Carol’s car and they were staying on the boot of the car. Thanks to the beekeepers the queen bee and her bees got reunited again.

This event was something that surprised even for the beekeepers. Nature truly is amazing, and so is the respect of the bees for their queen!