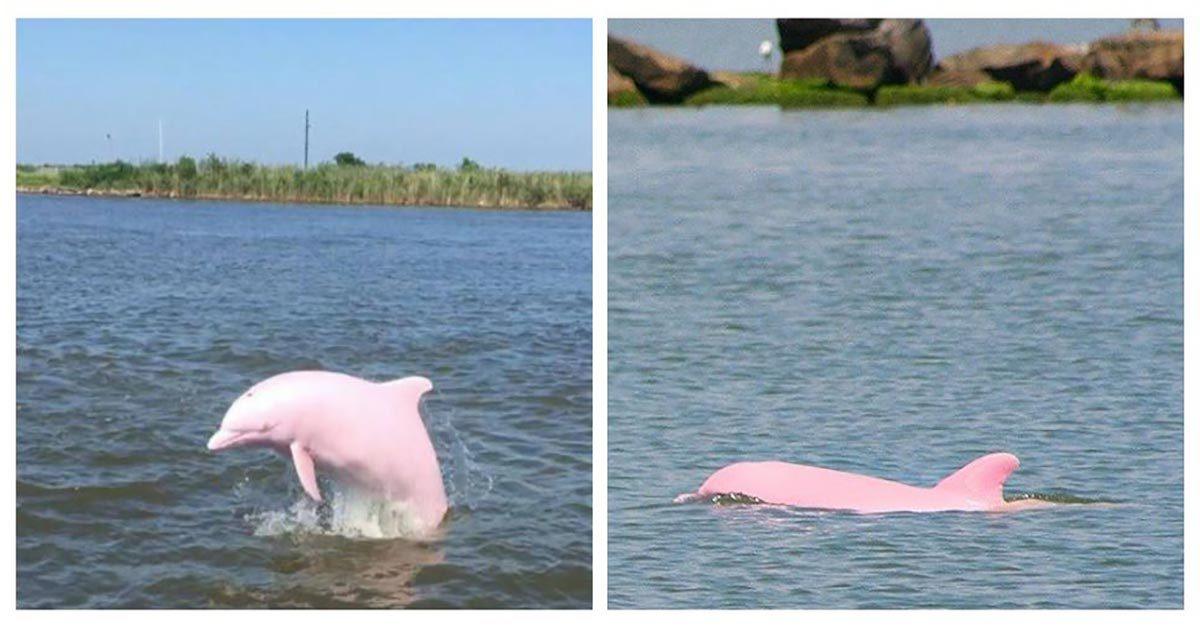 Pinky is a rare pink dolphin living in the Calcasieu River in Louisiana that’s well-known for the locals. Recently, she was spotted swimming with her pink calf.

Pinky was first noticed by Captain Erik Rue around twelve years ago. He recalls seeing her swimming in the area and mating. Now, she is a mother to a cute dolphin baby that has the same beautiful color as hers.

On Facebook, you can see a video of the pink mother and daughter dolphins swimming in the Calcasieu Ship Channel. The rare color of these Pink River type of dolphins is believed to be a result of a rare genetic mutation. According to the IUCN, The International Union for Conservation of Nature, the river dolphin is an endangered species. The number of these beautiful animals is decreasing constantly.

However, the birth of Pinky’s baby means new hope for conservationists that calves share the genetic mutation of their mother. This is expected to make a significant change in the effort to increase the pink dolphin’s population, as well as the population of other endangered species.

“The dolphin is completely pink from tail to head – it even has reddish eyes. Pinky has glossy pink skin that seems smooth and flawless.

People would expect that the sunlight and other environmental factors will affect the dolphin, but they don’t. Still, Pinky seems to spend more time below the surface than other dolphins in the pod. “

The captain goes on to say how lucky he is to have seen this beautiful creature and be able to work in the area where it swims. The guests are also thrilled to see such a unique dolphin. One of them is Bridget Bourdreaux who spotted the pink mother and daughter dolphins swimming and jumping in the river.

He reported for KATC that it was such an incredible sight to see that left her speechless. She was in awe. The moment she noticed the dolphin was pink she shouted to stop the boat.

Everyone hopes that Pinky and her baby will remain frequent in that area and that more people will come and see these beautiful mammals.