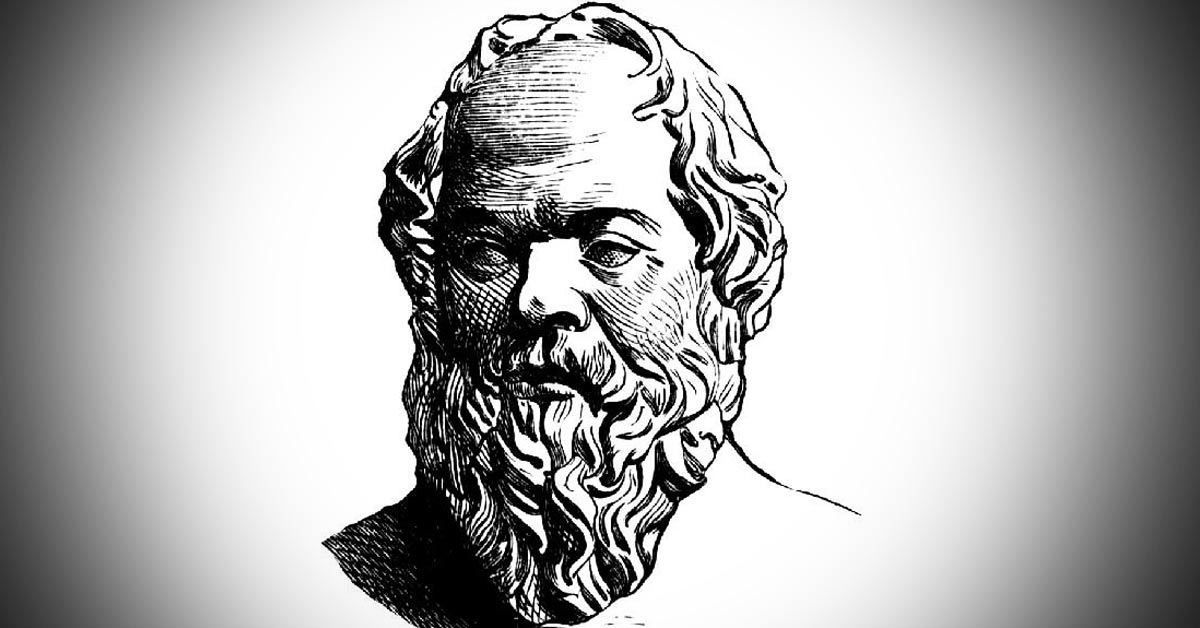 Most of us have probably heard about Socrates, but what exactly do we know about the great philosopher? Well, he was born around 470 BC in Greece and is one of the smartest people that has ever lived. But, what made him so smart?

This famous philosopher wanted to make the society a better place to live, and he believed he could help in achieving that.

Many people admired him, but others felt threatened by his work. As a result, he was poisoned with a hemlock poison in 399 BC. Nevertheless, Socrates’ philosophy lives today and will continue to live.

We’ve gathered some of his most inspirational quotes, and we hope they will inspire you as well.

2.  “I cannot teach anybody anything. I can only make them think.”

4. “They are not only idle who do nothing, but they are idle also who might be better employed.”

5. “The beginning of wisdom is a definition of terms. ”

6. “A system of morality which is based on relative emotional values is a mere illusion, a thoroughly vulgar conception which has nothing sound in it and nothing true.”

8. “Nature has given us two ears, two eyes, and but one tongue-to the end that we should hear and see more than we speak.”

9. “In childhood be modest, in youth temperate, in adulthood just, and in old age prudent.”

13. “Be slow to fall into friendship; but when thou art in, continue firm and constant.”

14.“The only good is knowledge and the only evil is ignorance.”

15. “The envious person grows lean with the fatness of their neighbor.”

16. “Once made equal to man, a woman becomes his superior.”

17. “An education obtained with money is worse than no education at all.”

18. “False words are not only evil in themselves, but they infect the soul with evil.”

19. “Think not those faithful who praise all thy words and actions, but those who kindly reprove thy faults.”

20. “Life contains but two tragedies. One is not to get your heart’s desire; the other is to get it.”

24. “Prefer knowledge to wealth, for the one is transitory, the other perpetual.”

26. “Be kind, for everyone you meet is fighting a hard battle.”

27. “Every action has its pleasures and its price.”

28. “Smart people learn from everything and everyone, average people from their experiences, stupid people already have all the answers.”

29. “Falling down is not a failure. Failure comes when you stay where you have fallen.”

30.  “The years wrinkle our skin, but lack of enthusiasm wrinkles our soul.”

Do you agree with Socrates’ quotes? If you know any other interesting quote by this great philosopher, feel free to share it in the comments.