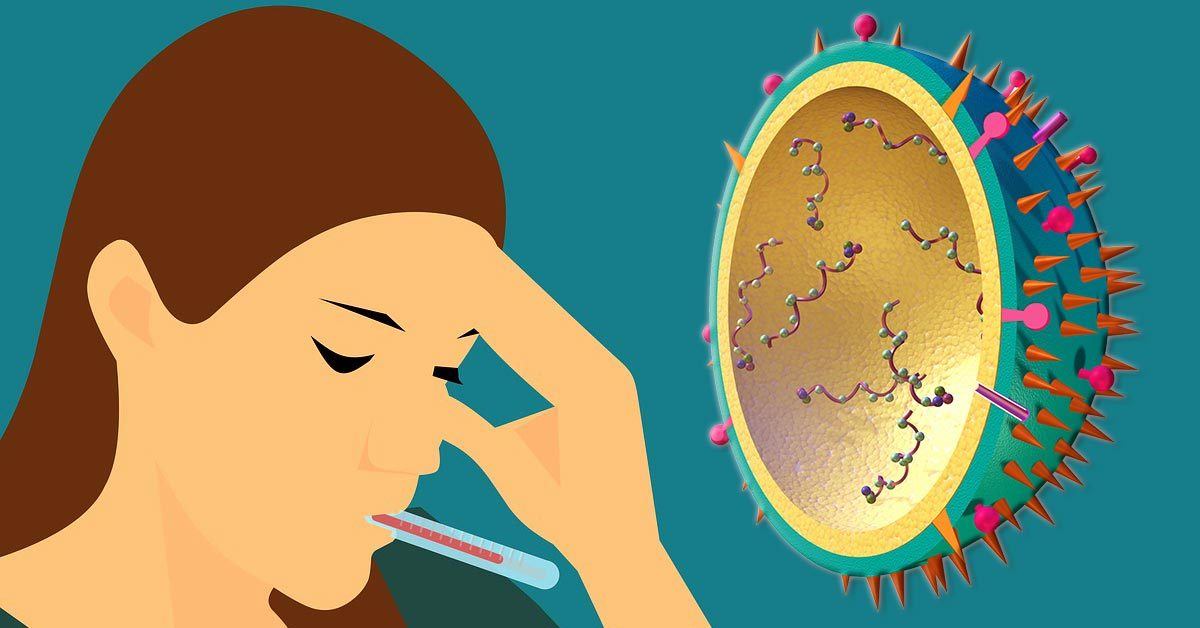 At first, the flu and the common cold might look and seem similar, as the Massachusetts Department of Public Health explains. Both conditions are actually respiratory illnesses, and they have similar symptoms. Perhaps, that’s why they are often confused.

However, different viruses cause 2 different conditions. What helps people tell the difference is the symptoms. As we mentioned, both conditions share a couple of common symptoms. They are body aches, stuffy or runny nose, general fatigue, or sneezing.

The symptoms of the flu are more serious in comparison to the cold symptoms. Also, another difference is their seriousness. Colds rarely lead to different health problems and conditions, according to the Centers for Disease, Control, and Prevention.

On the other hand, the flu may cause sepsis, sinus infection, ear infection, and pneumonia. To identify whether the symptoms are from the flu or from a cold, it’s essential to see a doctor.

Your doctor will be able to run tests and determine what exactly is behind the symptoms. In case the doctor diagnoses a cold. You will need to treat the symptoms until the virus has run the course.

The treatments might include getting rest, drinking water, and using OTC, i.e. over-the-counter cold drugs. Taking flu medicine might help lower the seriousness of the condition and shorten the time of the condition.

Hydration and rest are beneficial. Same as the common cold, the flu as well takes time to work its way through the body.

Flu and Its Symptoms

Common for the flu is a persistent, dry cough.

These pains are common in the legs, arms, back, and neck.

This is a symptom of the flu, which is not so obvious.

Almost always the flu leads to raising in body temperature, commonly known as fever. Symptoms are being cold, sweats, and chills. Most fevers usually last for 3 to 4 days.

How Can You Get It?

Well, you should know that the flu is a virus that’s shared in different ways. People can get the virus from a person near that who has the flu and talks, sneezes, or coughs.

Furthermore, the virus might live on inanimate objects for 2 to 8 hours. For example, if someone who had the virus touched a common surface like a keyboard or door handle and someone else touches the same surface they might get the virus.

Once a person has the virus on their hands, it can enter the body by simply touching the nose, mouth, and eyes.

People should bear in mind that the best way to prevent the flu is to get a flu shot. The more people actually get the flu shot, the less the flu might spread. Also, vaccination can help shorten the time people are sick and lower the symptoms.

The Flu Shot- How Does It Work?

In order to create the vaccine what the scientists do is that select the strains of the flu which research says will be the most common in the flu season that is coming. Then millions of these vaccines are made and distributed.

People might get sick in case they end up having contact with a different strain. However, the symptoms, as explained by the Centers for Disease, Control, and Prevention, might be less serious if they had the vaccination.

Flu Shot and Its Common Side Effects

The Flu and Its Treatment Options

Usually, most cases of the flu are mild. That means that people can treat themselves at home without needing prescription drugs.

Its treatment options are:

You should know that there is such thing as the 24 Hour Fly. It’s actually quite common. It’s not connected with influenza, except the fact it shares its name. A genus of viruses by the name norovirus causes it.

The symptoms happen in the gastro system. For that reason, this flu is more commonly known as the stomach flu. Another thing you should bear in mind is that it can last up to 3 days. It’s better to know these facts and be safe.