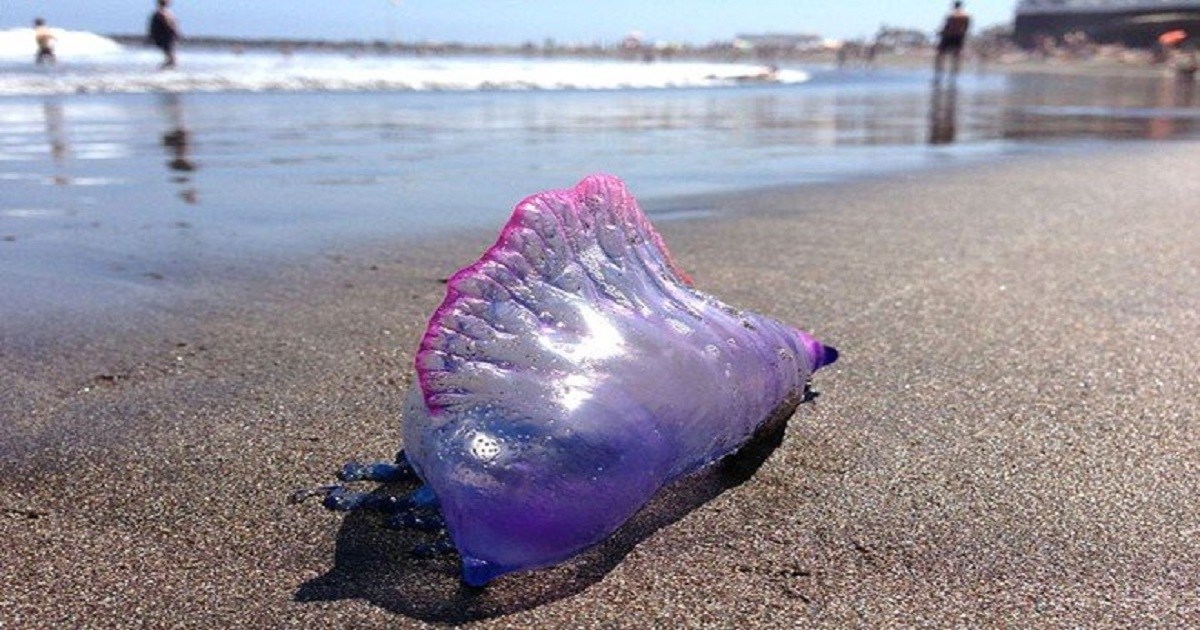 People who plan to go to the beaches near the eastern coastline during the summer should be careful of Portuguese man-of-war on the beach as well as in the water. Why? Well, the creatures have been brought on numerous famous beaches.

Most recently, they have been seen around the Charleston as well as Myrtle Beach, in South Carolina. Although they seem amazing and exotic, the Portuguese man of war puts people’s health at risk.

Its tentacles contain a lot of poison, and they have strong and hurtful sting. That is why they are so dangerous for people.

Furthermore, you need to avoid them on the beach and in the water because even after a few days of being on the shore, their tentacles are still active. 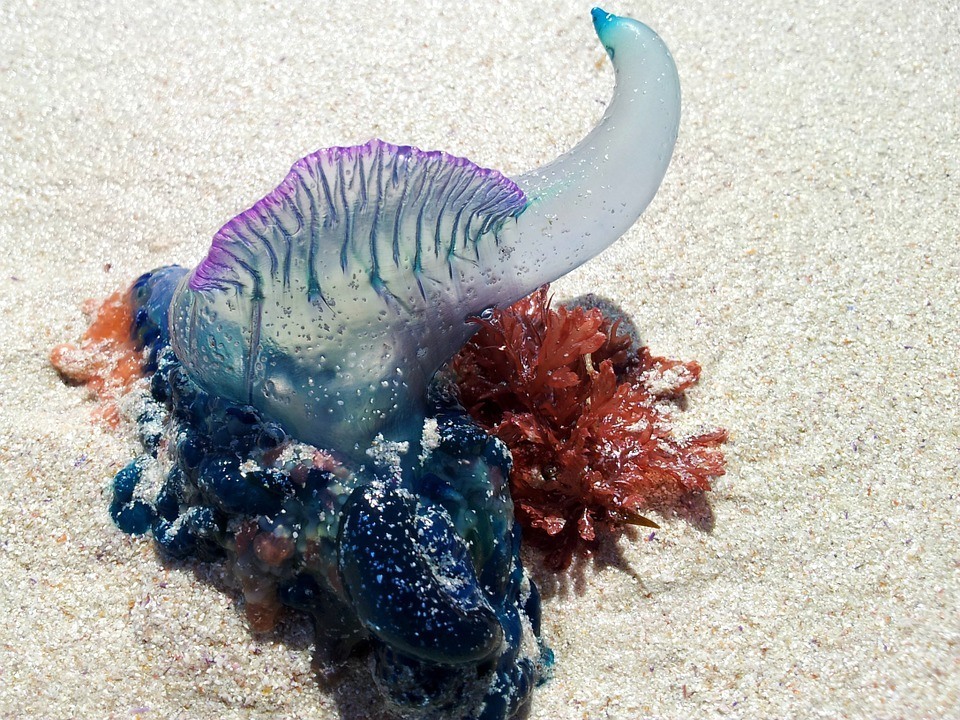 If you get one sting, you can get many reactions such as cardiac distress, shock, red welts, fever, an allergic reaction that may cause paralysis, trouble respiring, and in some rare cases, it can be fatal.

Those who may get stung by a Portuguese man-of-war should know that they should not pee on the affected area, but they need to look for medical help immediately.

Peeing in the area will worsen symptoms, so instead, use a cold compress to ease the pain and to lower the swelling. These marine creatures are known as relatives to jellyfish (multi-cellular organisms), but in fact, they are siphonophore, and they are colonial organisms.

They consist of numerous different animals connected and working together. Nonetheless, they are still able to survive alone. That is the reason why the tentacles are still dangerous even after being detached.

In the video, you can watch and learn some other interesting information and facts about the Portuguese man-of-war, as well as the things that lifeguards, scientists, and beach patrols are doing about them.

Several years earlier, this creature was found a lot on the shores, and this year it seems to be the same situation. If you notice one in the water, do not hesitate and get out instantly.

What To Do If You Get A Sting?

First of all, if you get a sting, you need to get out of the water immediately because you need to be in a dry place in case you get a reaction. Then, check if there is an allergic reaction such as hearts issues, dizziness, and breathing problems.

Also, one more weird symptom is sweating which may be hard to notice on someone who has been in the water. If you notice a symptom, you need to call 911.

When the allergic reaction is solved, you can continue treating the stung. Use ocean water to bathe the affected area. You should not use fresh water because it will make everything worse. You may get swelling and even burst.

Since jellyfish and Portuguese man-of-war are not the same, you cannot use the same methods for treatment. So, make sure to stick to ocean water because it is helpful for all types of a sting. Then, you can remove the stingers by rubbing them with a towel.

Use baking soda or a shaving cream to stabilize the tentacles so they would not break off with the stinger on them. However, some may think of shaving, but you should NOT do that. Usually, it takes a few hours for the pain to pass away.