5 Signs Someone is Being Fake Nice Person 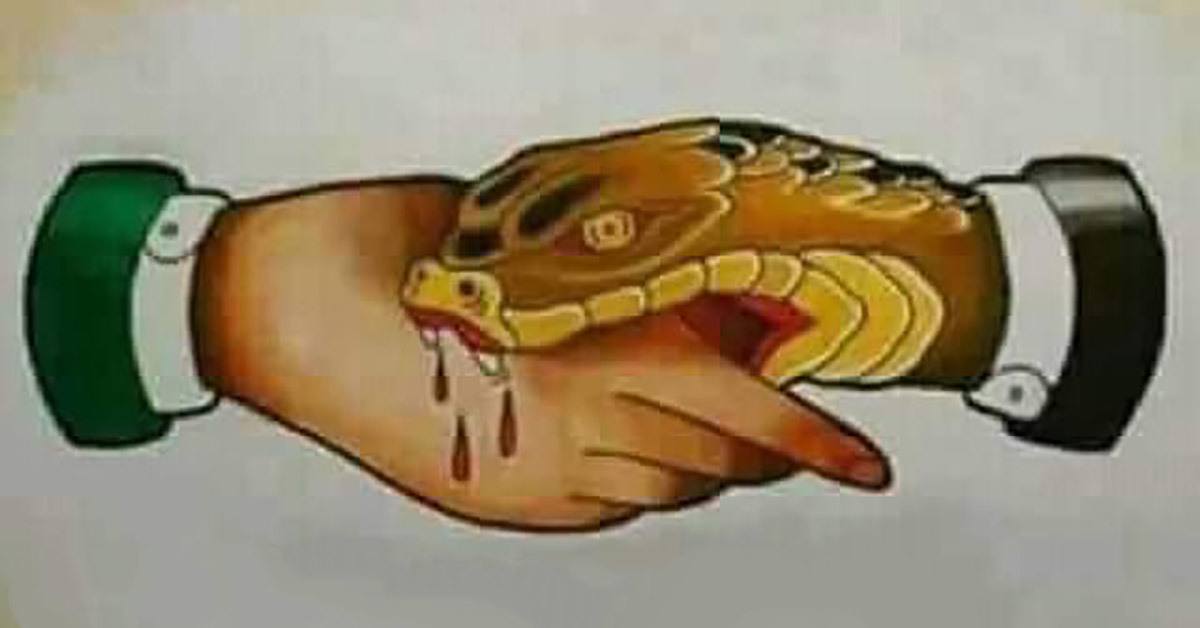 Is there anyone who doubts some of their friendships? Someone who thinks that their friend is fake? In the beginning, all friendships start out fine, but then we see more in that person, and that more is usually not good.

Maybe even at the beginning, we have noticed that they were manipulative towards people in general, but now we see that they are doing the same thing to us.

Are they fake? When it comes to fake people, you need to remember one thing – they always take more in comparison to what they can give. This type of friendship has no benefits, and this person will try to use you in every single situation.

Fake friends make you feel drained and steal your energy. It is very normal in life to come across fake people. What you need to do is learn how to recognize them and how to deal with them.

First thing, you shouldn’t take that too personally. Why? Because if someone is fake to you, that means that they are fake to everyone else in life. It is most likely that this person has no real friends.

But sometimes it can be really hard to find out if someone is fake to you. But there are a few clear signs which indicate someone is fake. All you need to do is learn them. So, are you ready?

5 Signs to Help You Figure Out If Someone Is Fake

#1 Often Gossips About Others

This is a common sign that someone is fake. Why? Because a specific group of fake people invents the gossip themselves while they speak, just to talk about someone and say something bad.

Yes, the truth is that gossiping is not good and there is no benefit from it. And when it comes to gossiping one thing is certain it says more about the person who speaks, than about the subject of the gossip.

#2 A Fake Friend Will Lean on You For Emotional Support

When they need you and have no one else to call, one thing is certain they will call you. They do this since they are sure you cannot say no to them. Fake friends waste your time in order to fill up theirs.

They don’t care about you, they only want to spend their time and feel good about themselves. They never ask how you are with a legitimate concern. It is all about them.

#3 Fake Friend Will Make You Choose Them Over Other Friends

Fake friends what to manipulate you, they want you only for themselves. They want you to be available to them all the time, in a way they see you as their servant.

And after a while, they might ask you to cancel on another friend to be with them, and eventually, they will be your only friend. This fake friend will cost you all your real ones.

#4 Fake Friend Is an Opportunist

This is a classic sign of a fake person. Just think about it. Do you have a friend that makes plans with you and cancels at the last moment? Do they do it often? Well, this is someone who doesn’t value you or your time.

Probably this person canceled on you since they have other things planned and the same time, and they canceled you to use their best opportunity.

Fake people usually wrap a jock and a compliment. They want to mock you but still keep you close. They want you around as long as they can use you, but they still think bad about you.

Do you recognize some friend in the signs above? Does someone act this way towards you? Then it is time to get rid of them. Why? Because life is beautiful and you need to spend it well with positive and good people.

Research Shows that Eating Chocolate Cake for Breakfast May Be Good for The Brain and The Waistline?
12 Signs of High Blood Sugar and 8 Tips to Prevent Sugar Spikes
The World’s Shortest IQ Test: People Can Find Out How Smart They Are in Just 3 Steps
The Mistake People Make When Drinking Lemon Water Every Morning
6 Signs Indicating a Phone Was Hacked
Amazing: Cuddle with Wolves in Norway
The Only Way to Win With a Toxic Person is Not to Play
Hugh Hefner’s Life and More
How is the Forehead Kiss Different from Regular Kisses
10 Traits of People With True Integrity
×We use cookies to ensure that we give you the best experience on our website. Read our privacy policy and cookie policy.
Close
getting off zetia.
Do you want to read more similar stories?