How a Relationship with a Strong Woman Could Be Different 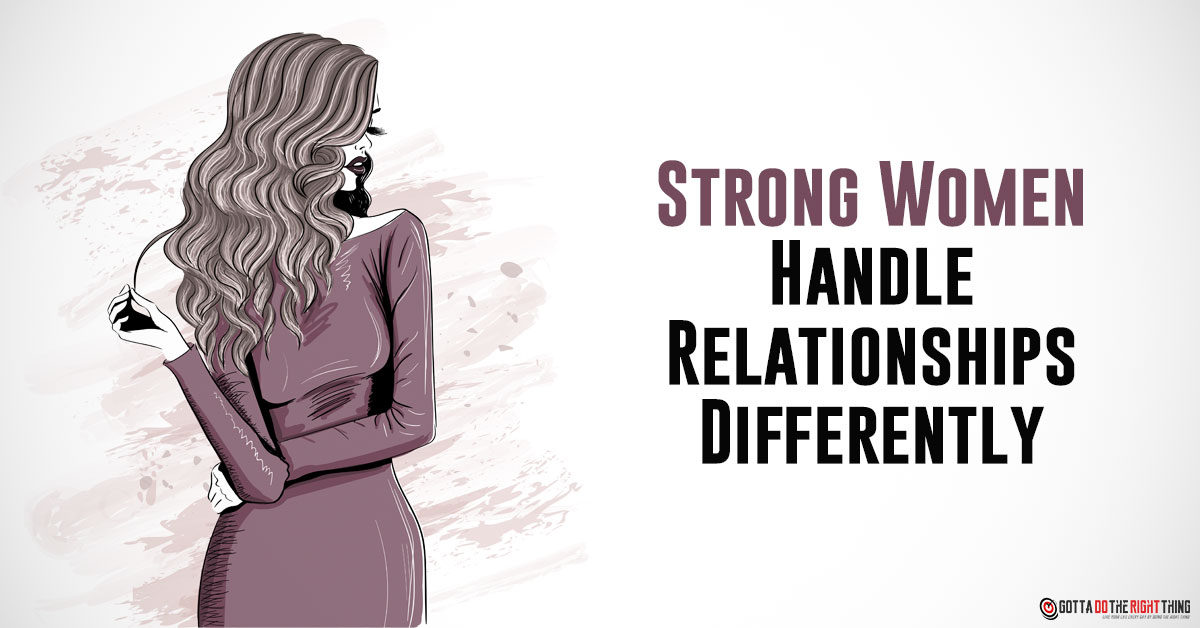 Every relationship is unique, and how you handle it is in your own hands. But, being a strong woman means doing things a bit differently from others. Strong women can stand up for themselves and not hide behind their husband’s backs.

They deal with problems instead of playing the victim. They take responsibility for their own actions and don’t point fingers at others. Strong women face the world with the notion that they have the strength to face everything.

They neither wait nor want someone to come and save the day for them. Instead, they take care of themselves and their own problems. They are independent and don’t need anyone to feel good and deal with any situation.

It’s not rare that these women have gone through some pretty tough experiences in their life. But, they have managed to come out of each of them as a winner in their heart. They don’t give up easily and fight for their rights.

They are brave, fierce, and beautiful in every aspect. So, being with such women is a privilege. However, their partner will surely notice their different approach toward relationships.

Here is why a relationship with a strong woman is different from others.

What Makes The Relationship with a Strong Woman Different From Others

A strong woman doesn’t need a hero to save the day. She doesn’t want to rely on anyone for any problems, so she deals with them in her own way. She doesn’t see men as a necessity to become more emotionally or financially stable.

Since she’s not afraid to be alone, she also doesn’t see them as a solution to loneliness. She is with her partner because she loves them and that’s it. Her partner doesn’t have to walk on eggshells to keep her happy or babysit her emotions. That’s why dating a strong woman means security and freedom.

These women know what they want, so they won’t waste their time in a dead-end relationship. So, if she doesn’t feel the vibe with her partner, she will let them know early.

A strong woman won’t spend her time with you if she doesn’t like you, so the time spent with her is a time well spent.

When it comes to love, a strong woman is willing to give as much as she is given to take. She sees relationships as an equal partnership in which both partners add meaning to each other’s life.

Strong women can sort through their own feelings, so they like to deal with problems in the relationship in an adult manner. They respect their partner even when they disagree and listen to what they have to say without interrupting. That’s why it’s easier to talk with a strong woman about everything.

These women don’t hesitate to talk about a problem and get into a conflict if needed just to solve the problem quickly. And, they do that without yelling or letting their anger get the best of them.

A strong woman wants a partner with whom she could share all their wins and losses. She will always be here to celebrate the wins, and support and encourage her partner through the losses.

If a strong woman trusts her partner, she won’t question their friends or the time spent without her. She is not jealous if you have her trust. But, consider this as a privilege as strong women don’t just hand their trust out. You have to earn it, so don’t do anything to lose it.

Strong women don’t like to spend time with someone who complains all the time. They want to be with a positive and uplifting partner, so if you are a negative person don’t expect her to tolerate you for a long time.

Just like she knows her goals and dreams and will do anything to get there, a strong woman also likes a partner who will have their own life too. That means unique goals and clear direction.

In that way, both of them will have their own life, while being there for each other to support and cheer about their successes.