Why? Because he wasn’t there when she cried for his company. Because he left her alone, he wasn’t by her side. 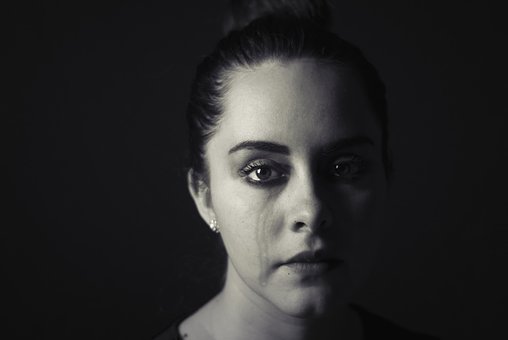 You didn’t give her what she wanted, a partner who will be a best friend and a lover at the same time — someone who will stay through good and bad. You lost her because you thought she will always stay, you didn’t realize her worth.

You didn’t appreciate her love, affection, and attention. You always put her last, and always had other things to do, then to make her a priority and spend quality time with her, that is why you lost her.

You lost her because on the weekend you loved to go to the clubs along with your friends, you were taught that you look good in the eyes of your friends if she doesn’t come.

You were too busy to take her to the movies, to pay her attention with some romantic dinner. That is why she fell in love with another man because her needs, desires, and feelings meant nothing to you.

You took her for granted that is why you pushed her away. The fairytale you promised her turned into the worst nightmare. She was disappointed, but you didn’t see that, because you didn’t see much at all.

You were just focused on yourself. You were selfish, unsupportive, and cruel. You didn’t love her; you belittled her whenever you had the chance. You didn’t pay attention to how she felt and looks, around you she felt invisible.

And your indifference broke her heart in two. Why did you stay with her? Only because you needed someone because you didn’t want to stay alone.

This is something you never said aloud, but you knew that no other woman would want to stay with such a man. You knew she was better, but you believed that she will always stay regardless of how you acted towards her or treated her.

You lied to her, you hurt her, you broke her heart into million pieces, and she still loved you. You saw her as a helpless bird in a golden cage. One thing is sure you promised her a lot, but your words and actions didn’t match.

You tried to cut her wings in order to prevent her from leaving you. But you were wrong. The truth is that she gives you thousands of chances, and what did you do? You blew every single one of them.

You didn’t make her happy, all you did is make her cry. Although she tried, she had enough. Because one day she woke up and realized that regardless of how much she tried, she will never change and be the man she deserved.

The past with you was good, but it was nothing in comparison to the future without you. To her, you were that valuable lesson that she needed to learn.

You taught her how to appreciate herself more, and you showed her the type of man she doesn’t want or deserve in life. And now she is happy with another man. And for that, you are the one to blame.

You get what you deserve! And the truth is that what goes around comes back around.

Research Shows that Eating Chocolate Cake for Breakfast May Be Good for The Brain and The Waistline?
12 Signs of High Blood Sugar and 8 Tips to Prevent Sugar Spikes
The World’s Shortest IQ Test: People Can Find Out How Smart They Are in Just 3 Steps
The Mistake People Make When Drinking Lemon Water Every Morning
6 Signs Indicating a Phone Was Hacked
Amazing: Cuddle with Wolves in Norway
The Only Way to Win With a Toxic Person is Not to Play
Hugh Hefner’s Life and More
How is the Forehead Kiss Different from Regular Kisses
10 Traits of People With True Integrity
struggling to get pregnant on clomid.
×We use cookies to ensure that we give you the best experience on our website. Read our privacy policy and cookie policy.
Close
Do you want to read more similar stories?