The Largest Underground Lake in the US Is Under Tennessee, Discovered By a 13-Year-Old Boy 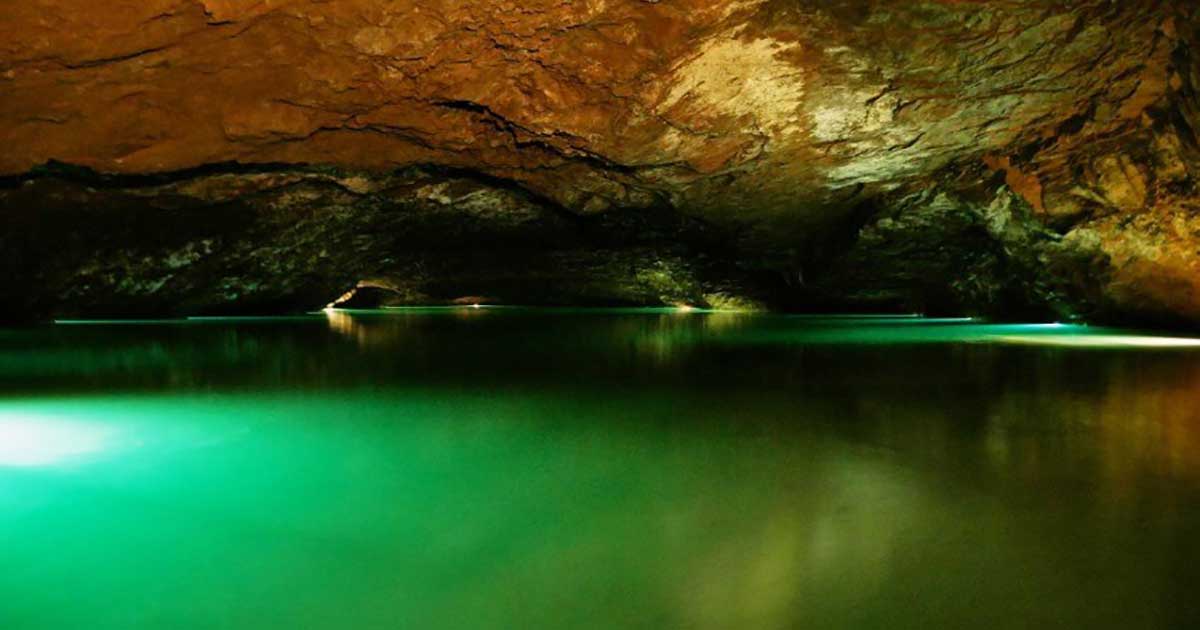 Inside a mountain close to Sweetwater in East Tennessee, there is a big body of water which is known by the name The Lost Sea. It’s actually a lake which the Guinness Book of World Records listed it as the largest underground lake in America.

People should know that the Lake is actually part of a historic cave system known by the name Craighead Caverns. As a matter of fact, the caverns have been used and known since the Cherokee Indians. 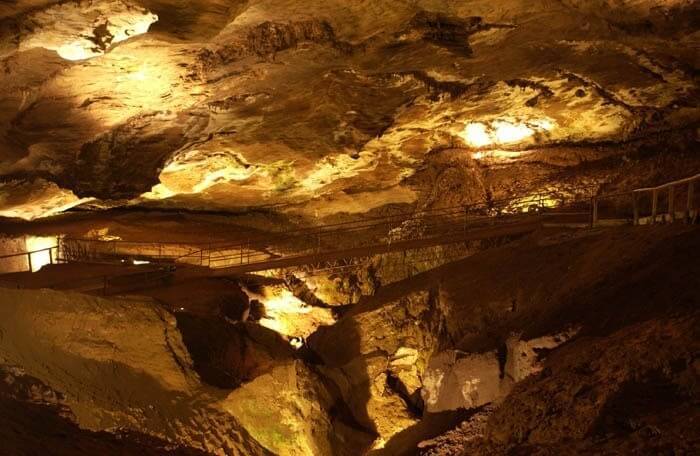 The First Visitor in These Caves 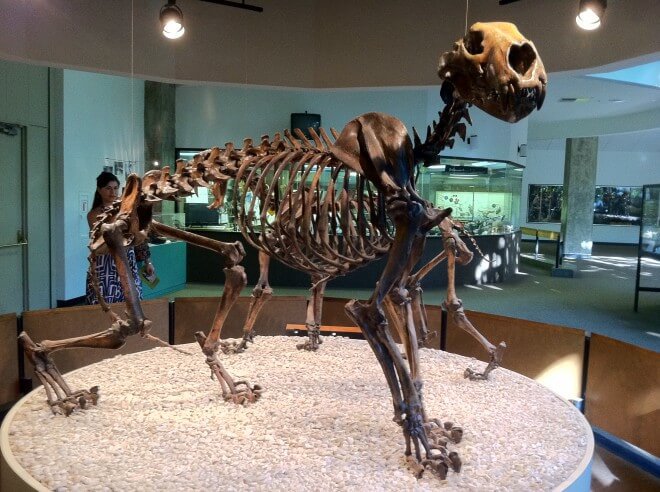 An interesting fact is that one of the earliest visitors to the cave was actually a big Pleistocene jaguar. Its tracks were found deep inside the cave.

It is believed that around 20,000 years ago the Pleistocene jaguar got lost in the darkness and wandered there until he falls into a crevice which was far from the daylight.

Some of the bones of the Pleistocene jaguar were found in 1939. Nowadays these bones are displayed in New York in American Museum of Natural History.

13 Year Old Who Discovered the Lake

This lake was actually discovered in 1905 by Ben Sands a 13-year-old. According to the story, Sands often played in the cave. One day he saw a small opening, and he crawled inside. He entered a big room which was so big he couldn’t see the end with his lantern. 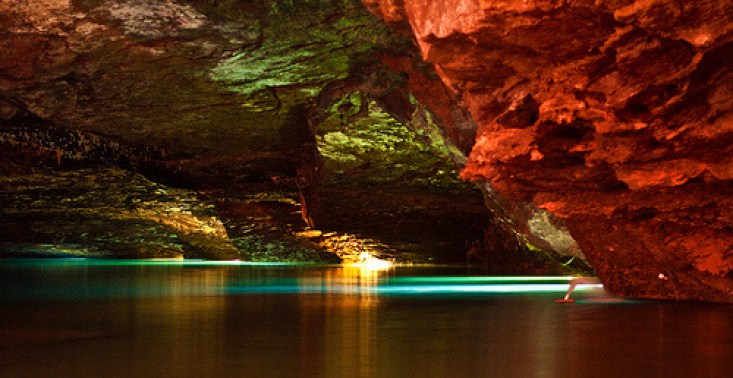 What this boy did is that they threw mud in all directions and he heard splashes. When he got home, he told everyone of this great discovery, but no one believed him.

Sands somehow convinced his father to go to this room and see, but then the water level had risen and that hide the cave entrance. However, the cave was rediscovered a couple of years later by local explorers.

Use of the Caves Through the Years

In 1820’s the first settlers arrived in the Tennessee Valley. Once they discovered the aced, they used them for different purposes at different times.

The caves have a constant temperature of 58 degrees, and they were a great storage space for food.

They usually used it for storing different vegetables. To help the manufacture of gunpowder, during the Civil War the Confederate soldiers mined the cave for saltpeter.

The Lost Sea Is Still Being Explored

One interesting thing about the Lost Sea is the fact that its full extent is still not known. It is like that despite the efforts of divers with contemporary exploration equipment.

Beneath the waters, the divers have found different big rooms which are filled entirely with water. So far more than 13 acres have been mapped.

In 1915 people had an idea to make the cave available to the public and want they did is that they installed a dance floor in one of the big upper rooms.

Animals in the Lost Cave 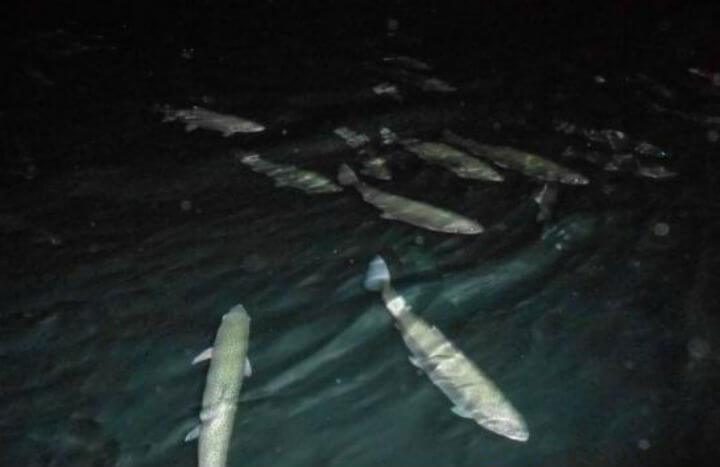 Another interesting fact is that there are fish in this lake, mainly rainbows rainbow trout. As a matter of fact, predecessors of the rainless rainbow trout had been carried down through the Craighead Caverns.

These fish were actually released into the lake by people who were curious to see if the fish would escape or found a conduit to another water.

But people were surprised when the fish stayed put. What happened was that in the lightless, deep cave their color and eyesight faded and their libido disappeared.

Sine the lake sustains no animal or plant life, this fish learned to swarm around visiting rafts. Also, they launch into airborne food. Now fish are restocked, and they keep them there as a tourist attraction.

The tours of the Lost Sea start with a ¾ mile walk on a path walk in the caverns. But during that time, the guide talks about the geological formations and colorful history of the caves.

At the very bottom of this cave, people board a boat which has a glass bottom, and they explore the lake. This lake is actually 140 feet underground. Therefore the walk back might be a hike but thanks to the constant temperature you will be comfortable.

One tour lasts for 1 hour and 15 minutes. It is said that this is an attraction you will never forget, and the funny thing is that it was discovered thanks to a 13-year-old boy. Watch the video below to learn more about the Lost Sea.

Research Shows that Eating Chocolate Cake for Breakfast May Be Good for The Brain and The Waistline?
12 Signs of High Blood Sugar and 8 Tips to Prevent Sugar Spikes
The World’s Shortest IQ Test: People Can Find Out How Smart They Are in Just 3 Steps
The Mistake People Make When Drinking Lemon Water Every Morning
6 Signs Indicating a Phone Was Hacked
Amazing: Cuddle with Wolves in Norway
The Only Way to Win With a Toxic Person is Not to Play
Hugh Hefner’s Life and More
Is Being Busy Permanently Reducing Our Capacity to Think Deeply and Creatively?
10 Traits of People With True Integrity
×We use cookies to ensure that we give you the best experience on our website. Read our privacy policy and cookie policy.
Close
https://gottadotherightthing.com/do-i-need-a-prescription-for-zovirax-tablets.
Do you want to read more similar stories?