4 Aggressive Behaviors in the Workplace No One Should Tolerate 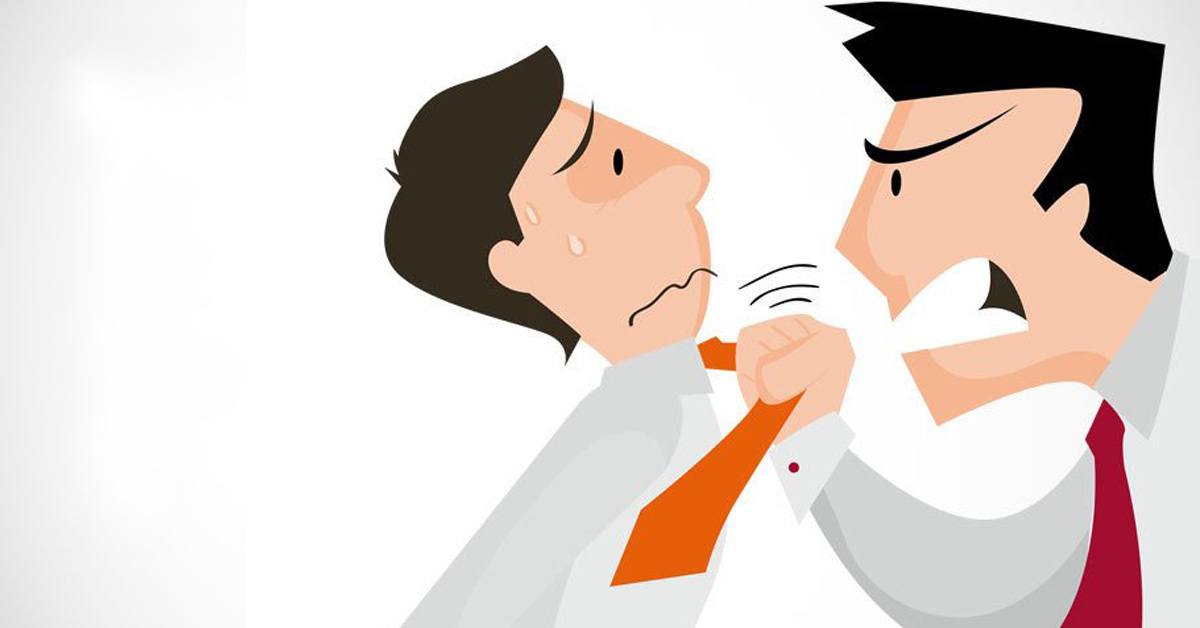 The average person spends around 90,000 hours or 1/3 of their life at work. Yes, that means the work will have an impact on our entire life, including our health. According to the WHO, i.e., World Health Organization, our work might have a negative or positive effect on the worker’s health.

So, aggressive behavior in the workplace actually hurts the reputation of the company, puts all employees at risk, and also obstructs productivity.

As a matter of fact, even when aggression is not obvious, it can destroy morale and trust and cause violent behavior. (1)

The culture and the leadership of the company, along with the quality of the working relationships, influence the environment, and the mental and physical health.

In the best-case scenario, work provides the material outputs and the income and has a positive influence on physical, psychological, and social health and also overall well-being.

Despite this, conditions at work in many countries still have a severe and distinct hazard which lowers the working capacity, lifespan, and well-being of the workers.

Most governments see the right to safety and health at work as a fundamental human right, but the workers are unhealthy and dissatisfied. According to MHA, i.e., Mental Health America bullying and culture are the biggest reasons for dissatisfaction of the workers.

MHA notes that such high-stress situations might have adverse effects on the relationships, mental health, and also physical health of the workers.

So, in order to take care of your overall well-being, you should know the 4 primary behaviors you shouldn’t tolerate in your workplace.

According to experts, such aggressive behavior is either inadvertent or deliberate. Most workers believe that this occurs merely and is part of the competitive environment. Although this might be true, it still might be unhealthy if this is left unchecked.

You should know and remember that deliberate verbal abuse at work is against the law, and you should report it.

This is the most common passive-aggressive behavior at work, and that is making false accusations of misconduct. This behavior is against all organizational policies and against the law. False accusations of sexual harassment are the biggest issue at workplaces today.

The victim is undoubtedly going to suffer physical and mental stress due to being falsely accused. Such accusations can make a culture of disdain and distrust, diminishing productivity and low employee morale.

Sadly, the 1st amendment to the U.S. Constitution, the freedom of expression and speech doesn’t really count in the workplace. Yes, some speech isn’t allowed in a professional environment, but actively disregarding someone’s ideas and thoughts is abuse.

If someone wants you to shut you up, you should know that this is a legitimate complaint. Attempts to undermine communication-related to work, obstruct your ability to do your job, that is “employee harassment.”

This includes the so-called “accidental” caressing, massaging, and rubbing. Sexual harassment which included touching is a form of physical aggression.

To be more precise, you shouldn’t touch or gesture someone in any way (unwanted or wanted) in the workplace.

You should bear in mind that most cases of physical aggression in the workplace are treated seriously due to legal ramifications, and the most common outcome is the termination of employment.

10 Strategies Mentally Strong People Use to Succeed in Life

How to Know That We are Mentally and Emotionally Exhausted

The World Is Changing Before Our Eyes and It’s Amazing

Research Shows that Eating Chocolate Cake for Breakfast May Be Good for The Brain and The Waistline?
12 Signs of High Blood Sugar and 8 Tips to Prevent Sugar Spikes
6 Signs Indicating a Phone Was Hacked
Amazing: Cuddle with Wolves in Norway
The Only Way to Win With a Toxic Person is Not to Play
Hugh Hefner’s Life and More
Native Americans Left a Code of 20 Rules for Mankind to Live By?
10 Men After the Age of 50 That Show Age is Just a Number
How Addiction to Mobile Phones Can Impact Kid’s Development?
10 Traits of People With True Integrity
×We use cookies to ensure that we give you the best experience on our website. Read our privacy policy and cookie policy.
Close
Do you want to read more similar stories?
do you need to wean off reglan.